NORMAN, Okla. (AP) — Oklahoma coach Lincoln Riley confirmed after the No. 5 Sooners’ opening victory over Missouri State that the game Saturday night had been jeopardy of being postponed or canceled because of the Sooners’ COVID-19 cases.

Earlier, the Springfield News-Leader reported that Missouri State President Clif Smart told the school’s board of governors that the game had been in doubt.

Riley wouldn’t confirm why they were out. He said earlier in the week that he would no longer release team COVID-19 testing results.

The offensive line was especially hard hit with unavailable players.

“Three? I wish it was three,” he said. “It’s part of it. We’re lucky in that a lot of those guys, especially in the starting group, have played a lot of ball. We had to move some guys around to make tonight work, and those guys, with their experience in the system and game experience, were able to do that.”

He felt the staff handled the situation well.

“It’s either one of two things – you either see it as a hindrance and you say ‘poor me’ and you’re mad you’re in the situation and frustrated, or you look at it as an opportunity,” he said. “An opportunity to see some new players that maybe you wouldn’t have seen, an opportunity as coaches to test yourselves and be able to adjust when things come up.” 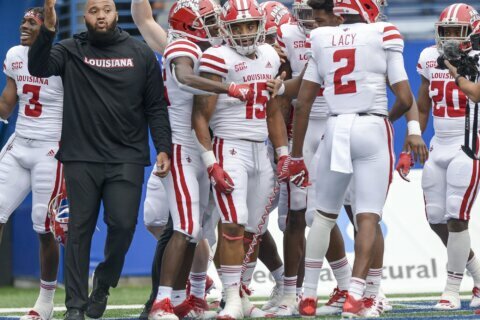 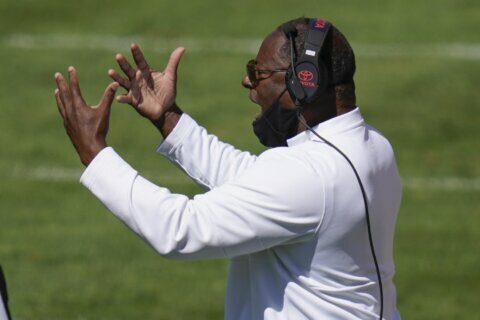 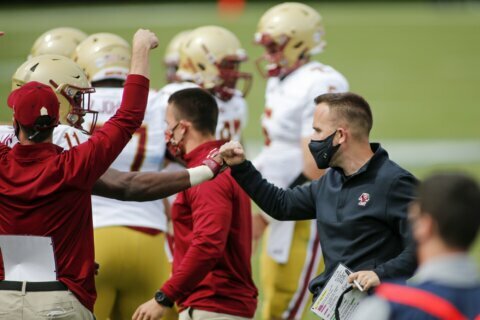