The Ragin’ Cajuns aim to remain unbeaten, stay atop the Sun Belt Conference West Division and consolidate their position in the Top 25 poll. Georgia Southern is seeking a victory in its first game this season against a Football Bowl Subdivision opponent, not to mention the first game for many of its players who missed the triumphant opener against FCS squad Campbell because of the program’s COVID-19 protocols.

Louisiana-Lafayette’s running back tandem of Elijah Mitchell and Trey Ragas against Georgia Southern’s defensive front. Mitchell and Ragas both have had 1,000-yard seasons and combined for 208 yards and three TDs rushing in a victory at Georgia State last week. The Eagles gave up 132 yards rushing to Campbell in their lone game this season two weeks ago.

Georgia Southern: QB Shai Werts rushed for 155 yards against Campbell, giving the senior 10 100-yard rushing games in his career. Werts has 2,370 yards and 23 touchdowns rushing in his career to go with career passing numbers of 2,715 yards and 26 TDs.

Louisiana-Lafayette: QB Levi Lewis completed 21 passes for 279 yards and two TDs in last week’s victory over Georgia State. He aims to build on a 2019 campaign in which he set ULL single-season records with 3,050 yards and 26 touchdowns passing.

Georgia Southern has had two games canceled or postponed, including its season opener against Boise State that had been scheduled for Sept. 5 and last weekend’s game against Florida Atlantic. … Eagles offensive line coach Ron Hudson is the father of reserve Louisiana-Lafayette offensive guard David Hudson. Ron Hudson was ULL’s offensive line coach from 2005-2010. … Georgia Southern has two victories all-time against a ranked opponent, both against Appalachian State in 2018 and 2019. … ULL enters its home opener having begun 2-0 on the road for the first time in program history. That includes ULL’s first road victory against a ranked team when the Ragin’ Cajuns defeated then-No. 23 Iowa State on Sept. 12. … When ULL coach Billy Napier was a quarterback for Furman, he played against Georgia Southern three times in 2001 and 2002, including Furman’s victory over the Eagles in the 2001 Division I-AA semifinals. 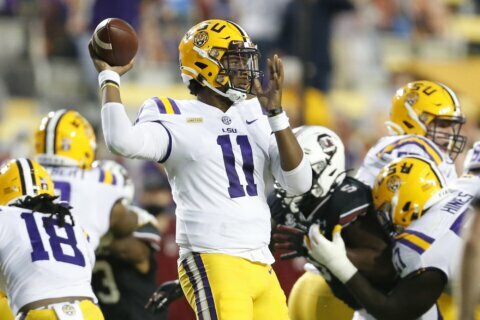 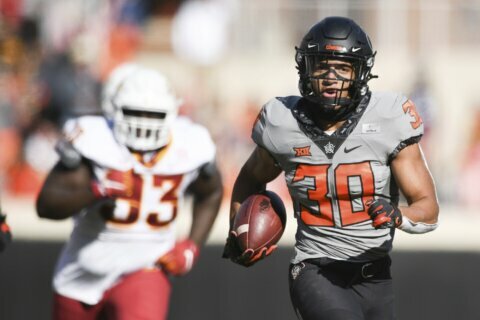 No. 6 Cowboys host Longhorns as class of the Big 12 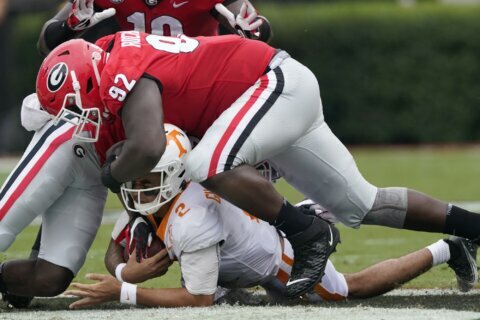