Tulsa at No. 11 Oklahoma State, Saturday at noon ET (ESPN).

Running back Chuba Hubbard and receiver Tylan Wallace returned to Oklahoma State this season, giving the Cowboys high hopes. Their biggest goals likely go up in smoke with a loss to Tulsa, picked to finish ninth out of 11 in the American Conference. Oklahoma State needs a win to help coach Mike Gundy recover from a rough offseason that saw him issue apologies twice.

Hubbard vs. Tulsa’s defense: Hubbard ran for 256 yards and three touchdowns against Tulsa last year. He ran for 2,094 yards and 21 touchdowns last season and was a first-team preseason All-American. He is matched up with a defense that returns just four starters.

Tulsa: RB Shamari Brooks. The 5-foot-9 senior rushed for 1,046 yards and six touchdowns last season. He has 2,700 total rushing yards and 23 touchdowns in his career, ranking fifth and 11th in school history, respectively.

Oklahoma State: Wallace. He caught 53 passes for 903 yards and eight touchdowns in eight games before being lost for the season to a torn ACL. The previous year, he caught 86 passes for 1,491 yards and 12 touchdowns and was a finalist for the Biletnikoff Award. It will be worth seeing if he still has the game-breaking burst that made him a star.

Hubbard has the nation’s longest active streak with 11 straight games with 100-plus yards rushing. … Tulsa’s Zach Smith threw for 3,279 yards, 19 TDs and 273.2 yards per game in 12 games last year in his first season as the starting QB. … Tulsa paused practices for nine days due to COVID-19 testing and had multiple positive tests on August 12. Practice resumed Aug. 21. … Oklahoma State returns 10 of 11 starters on defense. … Oklahoma State QB Spencer Sanders passed for 2,065 yards and rushed for 628 last season. 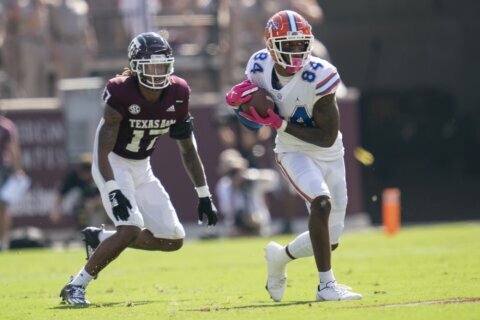 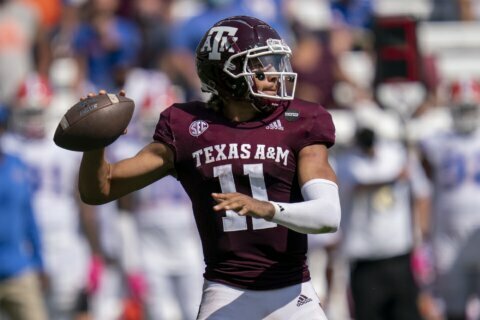 No. 8 A&M looks to push win streak over Arkansas to 9 games 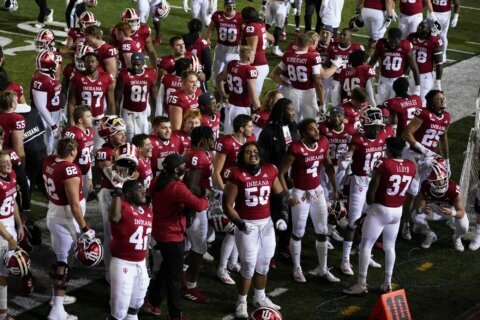