RUTH BADER GINSBURG, 1933-2020: Trump to Senate: Vote 'without delay' on his high court pick | How Ginsburg's death could reshape the election | How to honor RBG by supporting her favorite causes
Home » College Football » AP Top 25 Takeaways:…

On the first Saturday of the college football season with Power Five conference teams playing, the Sun Belt was the star and the Big Ten grabbed headlines without even playing.

What figures to be at best a weird season as teams try to navigate the coronavirus pandemic ramped up Saturday with 19 games, including a bunch involving the Atlantic Coast Conference and the Big 12.

The Power Five conferences all modified their schedules for this season to deal with the inevitable disruptions caused by COVID-19.

Good call. Three Big 12 teams had their openers this weekend postponed, including No. 15 Oklahoma State. In the ACC, four hours before the first conference’s first game of the season, it was announced that next week’s Virginia-Virginia Tech game was being postponed.

Welcome to 2020, folks. When the games did get going, the Big 12 might have been rethinking those nonconference matchups.

No. 23 Iowa State scrambled to bring Louisiana-Lafayette to Ames after not one but two previously scheduled games fell through.

The Ragin’ Cajuns from the Sun Belt are no pushovers. They won 11 games last year and coach Bill Napier is looking like a rising star. In a season with few nonconference games, Louisiana-Lafayette’s 31-14 victory has a chance to be the most impressive by a Group of Five team this season.

The Ragin’ Cajuns beat a ranked team for the first time since Jake Delhomme played quarterback in Lafayette and improved 2-32 all-time against Top 25 teams.

“We’re fortunate we got the necessary things from our administration,” said Napier, the former Alabama assistant. “They decided they wanted to have an exceptional Group of Five football program. They gave us the money to go hire the people, they’ve given us the resources inside the building to really run a Power Five operation. This is what we expected to happen.”

To top off the Sun Belt’s day of dominance against the Big 12, Coast Carolina rolled into Lawrence and beat Les Miles and Kansas 38-23.

If this season holds together (cross fingers) the Sun Belt now has some credibility in the bank to show the College Football Playoff selection committee. No, the Sun Belt is not getting a team into the final four, but maybe a New Year’s Six bowl could be possible for its champion.

Defending champion Appalachian State has another strong team and Louisiana-Lafayette is clearly legit. The two play Oct. 7 in Boone, North Carolina. A third straight Sun Belt title game between the Mountaineers and Ragin’ Cajuns could produce a champ worthy of something better than the New Orleans Bowl.

One month and a day after the Big Ten postponed its football season, the conference took a step toward getting back in the game.

Things might move quickly now. And if they do, the Big Ten could be up and running by mid- to late October. An Oct. 17 start would give the conference space for an eight-game season in nine weeks. With that schedule, the Big Ten championship game could be played Dec. 19, which is the day before the playoff selection committee sets the field.

The linchpin of a salvaged season after much drama and consternation is likely to be the conference’s ability to secure rapid, daily testing for its players.

The first couple of weeks of this season is showing how valuable that could be.

Games are being postponed left and right. An outbreak at Memphis this week led to its game against Houston next week being postponed. BYU announced Saturday night that it was postponing its game next week against Army.

Georgia Southern played without 33 players on Saturday, though the school said not all of those absences were related to COVID-19. Oklahoma had a severely depleted roster, too. Not that it mattered against Missouri State.

It’s not just players testing positive. It’s the contact tracing that lands players in quarantine for 14 days because they were deemed by health officials to have been too close to someone who was infected.

The Big Ten has made a mess of its decision to postpone, not because it was necessarily the wrong decision. The conference leadership, including new Commissioner Kevin Warren, have failed to get all the stakeholders, from coaches to players to parents, on board. The conference totally lost control of its messaging and lacked the transparency needed to stand by its decision with conviction.

The Big Ten has allowed itself to become a political football.

After all that, it is very possible the conference could stumble into a fall football season that goes smoother than much of the rest of college football.

The Pac-12 has already secured a deal for rapid, daily COVID-19 testing and is also hoping to start playing sooner than originally expected when it postponed its football season. Commissioner Larry Scott has said it is a “high priority” for the Pac-12’s season to line up with the Big Ten’s. But if the Big Ten cranks things up by mid-October, it will be difficult for the Pac-12 to keep up … Florida State lost an opening game for the fourth straight season. That hasn’t happened since 1973-76. The latest meltdown came against Georgia Tech in coach Mike Norvell’s debut and looked not much different than the meltdowns that got Willie Taggart fired after less than two full seasons in Tallahassee. Taggart, now at FAU, got $18 million to not have to deal with that anymore … In between the first and second quarters of Notre Dame’s victory against Duke, the school announced a contract extension for coach Brian Kelly that will run through 2024. Kelly will probably never be beloved in South Bend, but at this point he really should be respected. He has been unable to deliver a national title, but Fighting Irish football hasn’t been this healthy since Lou Holtz’s run in the late ‘80s/early ’90s.. Kelly has won 93 games in 11 seasons and had five double-digit victory seasons. Only Knute Rockne (105), Holtz (100) and Ara Parseghian (95) have won more at Notre Dame. … Trevor Lawrence’s Heisman campaign started with a masterful performance against Wake Forest. The Clemson quarterback was 22 for 28 for 351 yards, with a touchdown pass and two short TD runs. … Last word on Louisiana-Lafayette: Maybe the biggest victory in program history came a little more than a month after the stunning death of Cajuns offensive line coach D.J. Looney, who had a heart attack at 31. “I can’t help but think my man D.J. is up there smiling right now,” Napier told reporters. 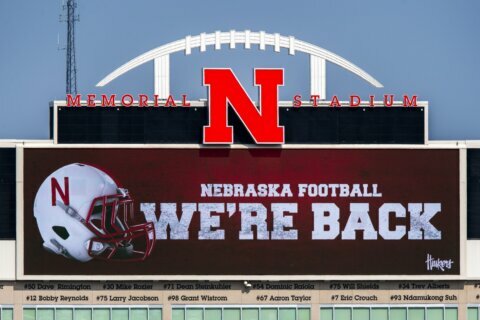 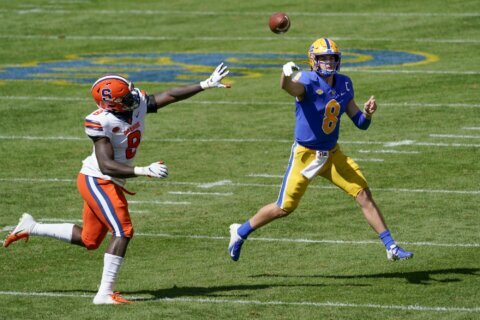 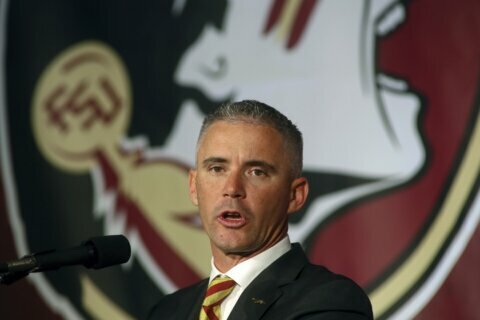