MINNEAPOLIS (AP) — In a non-coronavirus world, Minnesota was poised for another strong season following the 11-2 record and No.…
Listen now to WTOP News WTOP.com | Alexa | Google Home | WTOP App | 103.5 FM

MINNEAPOLIS (AP) — In a non-coronavirus world, Minnesota was poised for another strong season following the 11-2 record and No. 10 ranking in the final Associated Press poll for 2019.

Most of the starting offense stayed intact, highlighted by quarterback Tanner Morgan after his head-turning sophomore year. The long-frustrated fan base had come to life around coach P.J. Fleck’s program, fueled by statement victories over Penn State and Auburn.

The Big Ten’s decision to cancel fall sports figured to hit the Gophers as hard as any team in the conference, naturally, applying a hard freeze on the hot streak they enjoyed last fall. Viewing the loss of the 2020 schedule in a vacuum, however, is never the perspective that Fleck and his staff and players would take.

Building a successful football program, of course, requires constant recruiting of the next class to eventually replace the current core. The Gophers, with Fleck’s trademarked “Row the Boat” culture of using teamwork and optimism to navigate setbacks as their guiding principle, might not have enjoyed their breakthrough season without buying in to this philosophy. So this team is probably as well-equipped to handle the uncertainty as any in the conference, if not country.

“The more time we have to build this football team, the better we’re going to be,” Fleck said.

The pandemic already cost the Gophers one star player, with NFL-bound wide receiver Rashod Bateman opting out for health reasons. Even if the conference can make a shortened spring schedule work, Morgan will only have one more calendar year to play for Minnesota. The original 2020 slate had plenty of advantages for the Gophers, with no Ohio State or Penn State on the schedule and no road games until October.

Across the Big Ten landscape, Penn State’s setback was comparable. The Nittany Lions lost linebacker Micah Parsons when he opted out like Bateman. They were supposed to play perennial power Ohio State at home, and the interdivision games were manageable against Iowa, Nebraska and Northwestern.

“That’s how we’re trained. We’re worried about now, where our feet are at, our response each and every single day. We’re not worried about down the line,” Morgan said on a video conference call with reporters on Monday.

Coaches, players and parents from some corners of the conference have been outspoken, even angry, about the Big Ten’s decision, including an online petition started by Ohio State quarterback Justin Fields. Fleck, on a video conference call with reporters on Friday, said each player he’d spoken to at that point told him he agreed with the Big Ten. Morgan praised university leadership from president Joan Gabel to athletic director Mark Coyle to Fleck and his staff for prioritizing the health of the players.

“So thankful to be a part of a program with people who truly care about us,” backup quarterback Zack Annexstad said on Twitter last week. “The leadership that we have from top to bottom … is something that you don’t just stumble upon in every program.”

Transparency has been the antidote to tension.

The next right step is all they can do in the meantime.

“Whoever does this pandemic better for longer is going to win. Now we’re going to do it our way,” Fleck said, adding: “There will be another season. At some point they’re going to open those gates, and we’re going to run through, and whatever comes through those gates we’ve got to be ready for.” 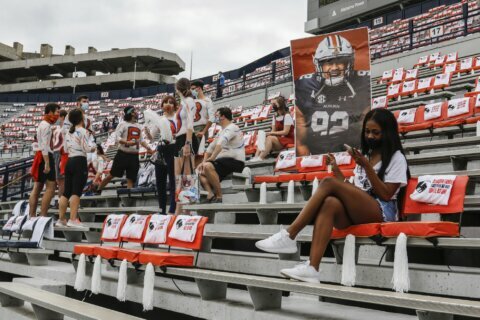 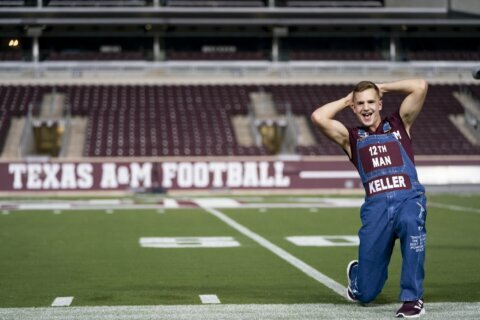