NEW YORK (AP) — Oklahoma quarterback Jalen Hurts and Ohio State teammates quarterback Justin Fields and defensive end Chase Young join LSU quarterback Joe Burrow as Heisman Trophy finalists. Burrow is the clear front-runner to win the Heisman on Saturday night in New York after a record-breaking season, leading the 13-0 Tigers to the top seed in the College Football Playoff. Fields and Young are the first teammates to be finalists since Oklahoma had quarterback Baker Mayfield and receiver Dede Westbrook at the Heisman ceremony in 2016.

PHILADELPHIA (AP) — Carson Wentz and Zach Ertz have helped the Philadelphia Eagles move into a tie with Dallas for first place in the NFC East at 6-7. Wentz connected with Ertz for the tying and winning touchdowns as the Eagles rallied from a 17-3 halftime deficit to beat the New York Giants, 23-17 in overtime. Wentz threw for 325 yards and a pair of TDs, including a 5-yard toss to Ertz to tie it at 17-17 with 1:53 left in the fourth quarter.

SAN DIEGO (AP) — Stephen Strasburg is staying with the Washington Nationals after accepting a seven-year, $245 million contract from the World Series champs. The 31-year-old right-hander received the highest deal for a pitcher in both total dollars and average annual value at $35 million. Strasburg won 18 games during the regular season this year before going 5-0 with a 1.98 ERA and 47 strikeouts over 36 1/3 innings during the postseason.

LAUSANNE, Switzerland (AP) — Russia has been slapped with a four-year ban from international sports events over a longstanding doping scandal, but its athletes will still be able to compete if they can show they are clean competitors. The ruling by the World Anti-Doping Agency’s executive committee means that Russia’s flag, name and anthem will not appear at the Tokyo Games. The country also could be stripped of hosting world championships in Olympic sports, although Russia can appeal the decision within 21 days. 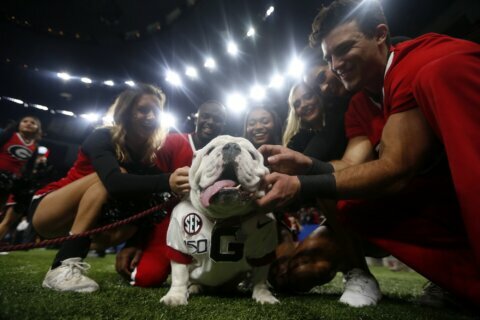 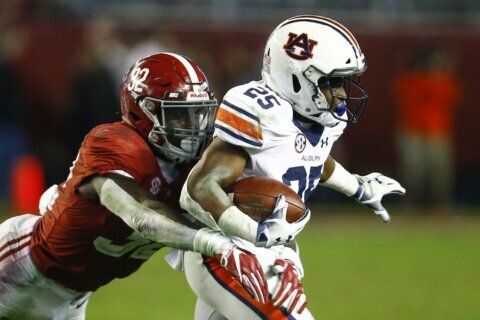 No. 8 Auburn hosts No. 23 Kentucky in SEC’s opening weekend