HOUSTON (AP) — Coach Mike Norvell was forced to talk about his future this week as No. 18 Memphis prepared for its visit to Houston on Saturday.

Norvell’s name has come up in the speculation over who might be the next coach at Arkansas, where Chad Morris was recently fired.

“It’s a compliment,” Norvell said of the rumors. “I’m glad people are talking about us in a positive way: our players, our team, the staff. But at the end of the day, that’s all on the outside. Our focus is to come to work every day. Come out and perform to the best of our ability. Those are the things that we can control. I don’t control what people say about anybody within this program … it’s a lot better than having to try to defend the job we’re doing.”

Norvell is trying to stay focused on his team, which handed No. 15 SMU its first loss two weeks ago before the Tigers had a week off.

Norvell is working to make sure his players don’t get caught up in the attention they’re receiving for what they’ve done so far this season with three American Athletic Conference games remaining.

“That does nothing for us come Saturday,” he said. ” I brought up all the outside noise that they could hear or will hear … that’s part of success.”

Houston (3-6, 1-4) is also coming off an open week. This will be the fifth ranked opponent the Cougars have faced this season, the most they’ve played in a season since 1996.

Houston has lost two in a row and is dealing with injuries that have coach Dana Holgorsen concerned.

“There’s a mental fatigue aspect of what we’ve been going through as well,” he said. “It’s pretty taxing when you’re competitive, when you’re handcuffed and limited, but you’re competitive and you just come up short against ranked opponents. It mentally wears you out, too. So hopefully the bye week and the weekend got everybody in a good place, and we’ll be able to finish the season strong.”

Memphis has been without senior running back Patrick Taylor since he hurt a foot in the fourth quarter of the season opening win over Mississippi. Taylor ran for 130 yards in that game, and he came into the season with 2,534 yards rushing and 31 touchdowns, including 10 games with 100 yards or more rushing. He’s from Humble, Texas, which would make returning Saturday against Houston more special. Norvell said they won’t push Taylor.

“The fact we’re going to Houston and a place where he played high school ball doesn’t really add anything to how he’s rehabbed,” Norvell said. “If it happens to time up that way, we’d love to see him on the field whenever we can see him.”

If Taylor manages to return, Norvell made clear the running back wouldn’t be on the field for every snap in his first game back. The Tigers also have Kenny Gainwell who has started seven of the eight game since Taylor was hurt. The redshirt freshman has 1,521 all-purpose yards, second nationally only to Chuba Hubbard of Oklahoma State by 165 yards on 52 fewer attempts. Gainwell is eighth nationally with 1,067 yards rushing.

Memphis likes to spread the ball around. The Tigers rank eighth nationally scoring 41.1 points a game, and they are coming off their second 50-point game in their win over SMU.

“This offense it’s built for trying to showcase the skills and the talents of the guys that we have,” Norvell said. 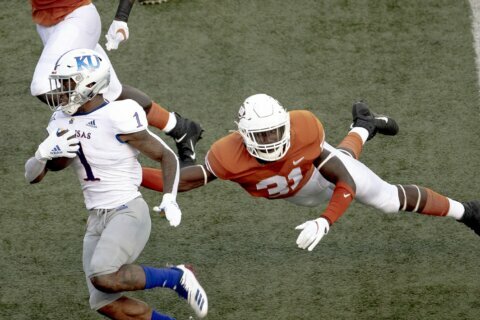 Texas linebacker Overshown to sit out until ‘changes made’ 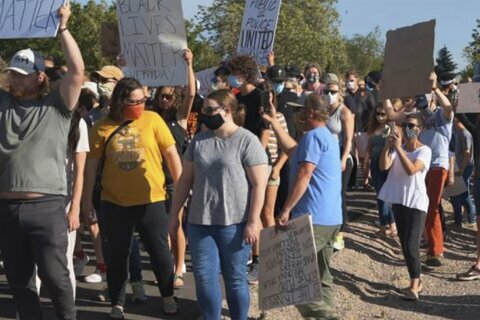