"I think we're fine," Babers said Monday. "I think that we have an opportunity to win every game that we have from here on out."
Listen now to WTOP News WTOP.com | Alexa | Google Home | WTOP App | 103.5 FM

“I think we’re fine,” Babers said Monday. “I think that we have an opportunity to win every game that we have from here on out. I think the big thing that we need to make sure of happened last year — Clemson can beat you once, but you don’t let them beat you twice.”

The Orange (1-2, 0-1 Atlantic Coast Conference) lost 41-6 on Saturday night to the No. 1 Tigers before a sellout Carrier Dome crowd of over 50,000 that as the game unfolded was relegated to being a nonfactor against an opponent Syracuse has had recent success against. That setback came on the heels of a 63-40 loss at Maryland and dropped Syracuse into a tie for 111th in scoring defense despite a shutout over Liberty in the season opener.

“Our philosophy is there’s always enough players to win,” Babers said. “That’s what coaching is for — to find a way to put them in the right spot. We’ll keep working. I don’t think we’re that far off.

“The guys that we were playing were really good. I thought for three quarters we played well. We didn’t score enough points. We tried to find ways to create things. We tried to take chances to score points. We had to score some points to let them feel the pressure and have a chance.”

The Orange didn’t, though the defense gave the offense a terrific chance to make a game of it early in the third quarter while trailing by 11. Chris Fredrick intercepted Clemson quarterback Trevor Lawrence near midfield and returned the ball to the Clemson 9, prompting a deafening roar from the crowd.

The glee was short-lived, ending on the ensuing play when Syracuse quarterback Tommy DeVito was picked off at the 4-yard line, his fourth interception of the season. Three plays later, Lawrence completed a quick sideline pass to Amari Rodgers and he went 87 yards for a score and a 24-6 lead.

Stopping the run and making DeVito throw was the focus. He was sacked eight times by a defense that had 15 tackles for 71 yards in losses and also hurried DeVito seven times while passing. The Syracuse offense netted just 15 yards rushing on 42 attempts as Clemson outgained Syracuse 612-187 — and both teams ran 71 offensive plays.

Babers says he expects defenses to continue to focus on stopping the run until DeVito, a redshirt sophomore with three starts under his belt, changes their minds. He’s 60 of 101 for 678 yards and three touchdowns while the run game is averaging a paltry 2.4 yards per carry and 92.3 per game.

“If you were going to play us right now, there’s no reason for you to let the passing game get going,” Babers said. “You want to take away the run and see if we can beat them with the pass. There’s smart coaches out there. That’s how they’re playing us.”

Syracuse won 10 games last year for the first time in 17 years, going 6-2 after a heartbreaking 27-23 loss at Clemson in late September. The Orange also were 6-0 at home, only the fourth time they finished unbeaten in the Carrier Dome since the building opened in 1980. The Clemson loss broke that streak, and Babers used the moment as a reminder, taking the team back on the field after the game for a little character-building.

“The guys were just disappointed, and they needed to be talked to, so I talked to them and brought them back out,” Babers said. “That “S” in the middle of the field has a special meaning to us. That’s home, and when you go home and you have a conversation, it normally means a lot more than having it at someone else’s house. It was just a conversation that I wanted to have on the ‘S”’.

Syracuse will try to get back on track Saturday against Western Michigan in the Carrier Dome. The Orange also have home games against FCS school Holy Cross, Pittsburgh, Boston College, and Wake Forest, and travel to North Carolina State, Louisville, Florida State, and Duke. 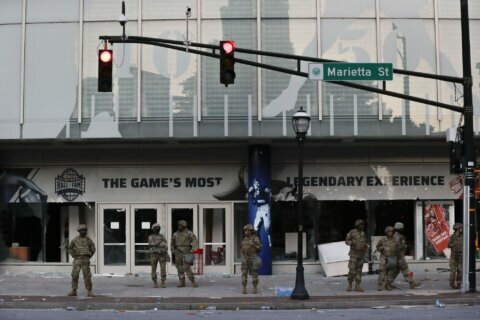 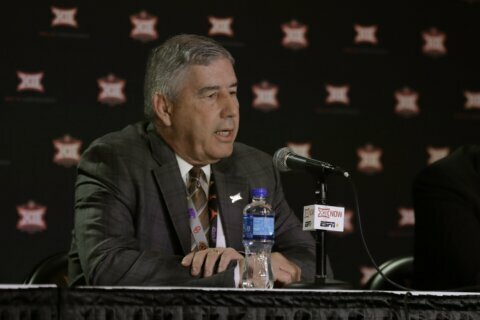