The University of South Carolina announced McGee’s death, while Southern California said he died of natural causes at his home in Montrose, Colorado.

McGee was the Gamecocks’ athletic director from 1993-2005. He was responsible for hiring several high-profile coaches at the Southeastern Conference school, including Holtz after the 1998 season and Spurrier following Holtz’s retirement in 2004. McGee also hired current AD Ray Tanner.

McGee served as AD at Southern California from 1984 until midway through the 1992-93 season. The Trojans played in four Rose Bowls during his tenure.

Before going to Los Angeles, McGee was AD at Cincinnati from 1980-84.

McGee was head football coach at his alma mater, Duke, for eight years. His other head coaching job was at East Carolina. He was an assistant at Duke, Wisconsin and Minnesota.

McGee was an All-American offensive lineman with the Blue Devils, earning the Outland Trophy in 1959, and spent three seasons in the NFL with the St. Louis Cardinals before a neck injury ended his career.

He is survived by Giner, his wife of 56 years, and their children, Kathy, Michael Jr., Matthew and Jerry. 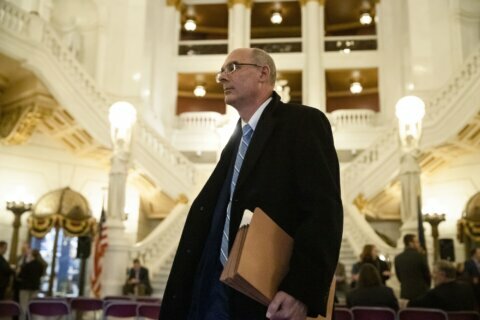