The Cornhuskers (7-6) came into the game after three straight losses, to No. 14 Indiana, No. 4 Purdue and a 71-56 loss to Kansas State in the Wildcat Classic in Kansas City.

Nebraska opened the game with an 11-0 run and led by 15 after Derrick Walker knocked down a jumper with just under nine minutes left in the half, 24-9, and held a 43-26 advantage at intermission. The Royals rallied in the second half but got their deficit under 10 points only once in the second half.

Griesel scored 16 points to lead the Cornhuskers, his first game scoring in double figures since posting 18 in a win over Creighton. Tominaga scored 15 points off the bench and has now scored in double figures in six of Nebraska’s last eight games. Derrick Walker finished with 13 points, six rebounds and six assists. Juwan Gary had 11 points and seven boards and Emmanuel Bandoumel contributed 10 points and eight rebounds.

Kenny Dye and AJ McKee each scored 13 points to lead the Royals (9-3). Quan McCluney added 10 points off the bench.

Queens University, a long-time Division II power, is in its first season as a Division I program and a member of the Atlantic Sun Conference and came into the contest on a four-game win streak. 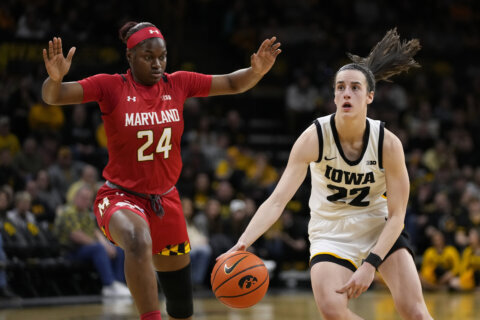