TUCSON, Ariz. (AP) — Arizona guard Courtney Ramey will be suspended the first three games of the season for participating in a non-certified per-draft camp last spring.

The school announced Monday that Ramey lost an appeal for taking part in the seniors-only Portsmouth Invitational in April.

Ramey will be able to play in No. 18 Arizona’s exhibition game against Western Oregon on Tuesday, but will have to sit out games against Nicholls, Southern and Utah Tech.

The Portsmouth Invitational was designed for seniors who had exhausted their college eligibility, but Ramey’s participation was a bit of a gray area because the NCAA gave players an extra COVID-19 year. The camp was not played the past two years due to COVID-19 concerns.

A fifth-year senior, Ramey is expected to play a big role for Arizona this season after transferring from Texas, where he spent most of the past four years as a starter. 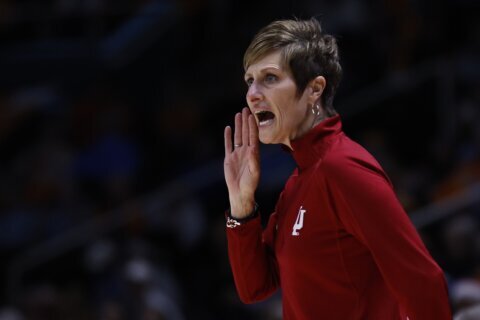