AMES, Iowa (AP) — Iowa State coach T.J. Otzelberger received a contract extension and a $500,000 raise Wednesday after leading the Cyclones to the NCAA Sweet 16 and the third-best turnaround in major college basketball history.

“I’m grateful that we are able to reward that success with this extension,” athletic director Jamie Pollard said. “I believe T.J. is building a championship culture within our program that fosters academic excellence, on-court success and accountability, and I believe that the momentum our program enjoys will lead to future success under his direction.”

Otzelberger’s contract was extended one year, through June 2027, and his compensation package increases from $1.5 million to $2 million annually.

The Cyclones went 22-13 in Otzelberger’s first season following a two-win season in 2020-21 under Steve Prohm.

Iowa State had been a unanimous pick to finish last in the Big 12. The Cyclones finished seventh and were ranked as high as No. 8 in The Associated Press Top 25.

Otzelberger became the third coach in NCAA Tournament history to lead his program to the Sweet 16 in the first season after taking over a team with a losing record. 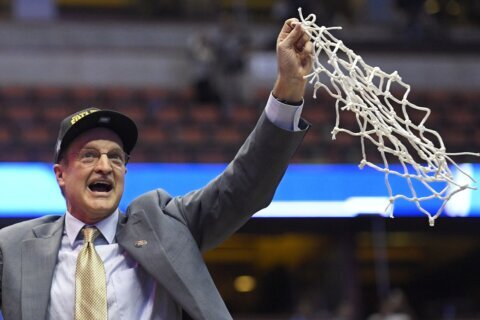