LUBBOCK, Texas (AP) — Five-star prospect Elijah Fisher from Canada has signed a financial aid agreement with Texas Tech and decided to reclassify to the Class of 2022 so he can join the Big 12 program this summer.

The 6-foot-7 Fisher, who is 18 years old, is coming off his junior year at Crestwood Academy in Toronto, his sixth season competing at the varsity level. He had played on the varsity level since sixth grade.

The versatile Fisher was MVP of this year’s BioSteel All-Canadian game, a high school all-star game featuring that country’s top talent. He has also represented Canada in international play. 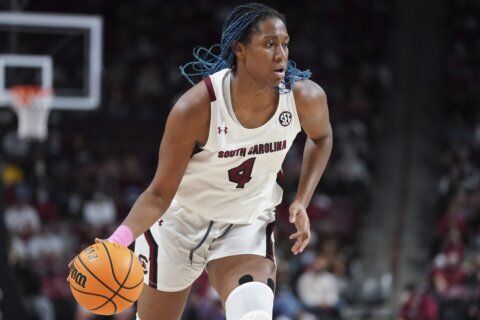