BOTTOM LINE: Washington looks for its fifth straight win over Cal at Alaska Airlines Arena. The last victory for the Golden Bears at Washington was a 78-75 win on Feb. 18, 2016.

SUPER SENIORS: Cal’s Andre Kelly, Jordan Shepherd and Grant Anticevich have collectively accounted for 63 percent of the team’s scoring this season and have scored 67 percent of all Golden Bears points over the last five games.

FACILITATING THE OFFENSE: Terrell Brown Jr. has made or assisted on 51 percent of all Washington field goals over the last three games. The senior guard has accounted for 21 field goals and 19 assists in those games.

PERFECT WHEN: Cal is a perfect 5-0 when the team makes seven or more 3-pointers. The Golden Bears are 4-7 when the team hits fewer than seven threes.

DID YOU KNOW: Washington has attempted the 23rd-most free throws in the country at 21.8 per game. Cal has gotten to the line far less frequently and is averaging only 14.4 foul shots per game (ranked 235th). 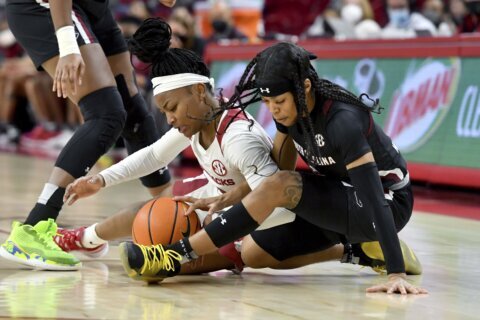