BATON ROUGE, La. (AP) — Khayla Pointer scored at the basket with five seconds left in overtime to lift No. 12 LSU past Missouri, 87-85, in a shootout between the two top-shooting teams in the Southeastern Conference Thursday night.

Alexis Morris gave LSU the lead with a minute to go in the extra period, 85-83, but Missouri got a pair of free throws from Haley Troup to tie the game with :13 remaining. Pointer scored following an LSU timeout, and Mama Dembele’s layup attempt at the buzzer was blocked by Morris.

Pointer hit from deep to give LSU a 73-66 lead with five minutes to go in regulation, but Aijha Blackwell and Troup each hit layups and Lauren Hanson hit a 3-pointer to tie the game at 73-73 with 2:54 left. Blackwell hit the first of two free throws with a minute left to tie at 79-79. The Tigers missed three shots to take the lead in the final minute and Lauren Hansen missed a layup for the lead with two seconds remaining for Missouri. 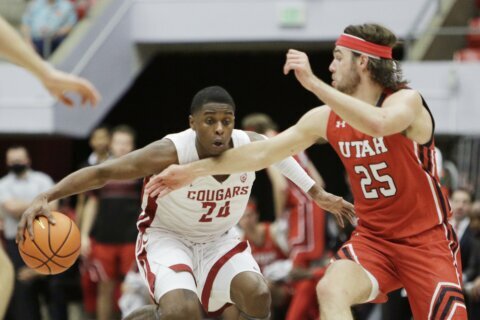