BOTTOM LINE: Two forwards will be on display as Jayveous McKinnis and Jackson State will go up against Jalen Johnson and Alabama A&M. The senior McKinnis has scored 21 percent of the team’s points this season and is averaging 13 over his last five games. Johnson, a junior, is averaging 14.4 points over the last five games.

TEAM LEADERS: Alabama A&M’s Johnson has averaged 14.8 points and 7.4 rebounds while Garrett Hicks has put up 14.1 points. For the Tigers, McKinnis has averaged 12.2 points, 9.9 rebounds and 3.2 blocks while Jonas James III has put up 7.4 points.MIGHTY MCKINNIS: Across 13 appearances this season, Jackson State’s McKinnis has shot 54.1 percent.

BEHIND THE ARC: Alabama A&M’s Hicks has attempted 79 3-pointers and connected on 35.4 percent of them, and is 10 of 27 over his last five games.

TENACIOUS TIGERS: Jackson State has held opposing teams to 68.9 points per game, the second-lowest figure among all SWAC teams. 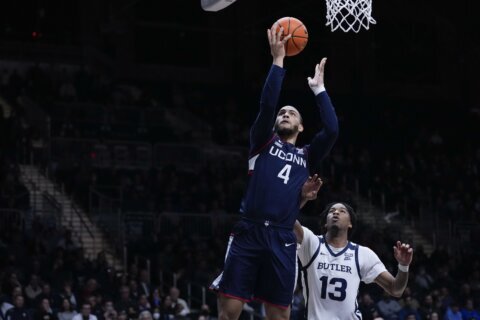