SQUAD LEADERS: Juniors Cochran and Luke Bumbalough have led the Cardinals. Cochran has averaged 11.1 points, 5.4 rebounds and two steals while Bumbalough has put up 12.4 points per game. The Eagles have been led by Farrakhan and Monty Scott. Farrakhan has averaged 16.3 points while Scott has put up 14.6 points per game.TERRIFIC TYLER: Cochran has connected on 31 percent of the 29 3-pointers he’s attempted and has made 6 of 20 over the last five games. He’s also made 77.1 percent of his free throws this season.

STREAK STATS: Ball State has dropped its last four road games, scoring 66.3 points and allowing 89 points during those contests. Eastern Michigan has won its last five home games, scoring an average of 81.2 points while giving up 73.8. 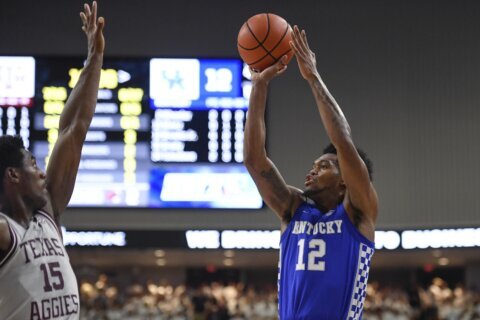