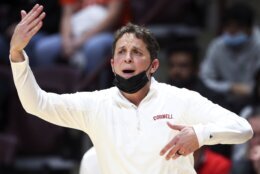 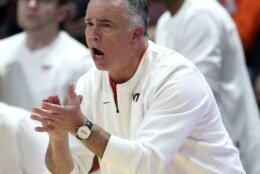 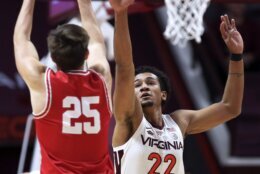 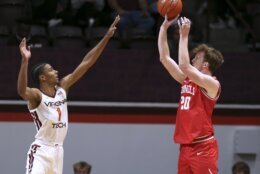 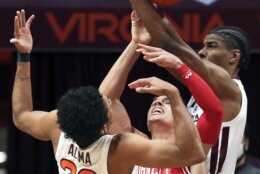 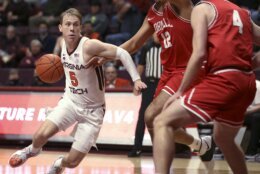 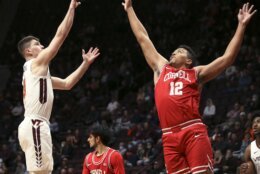 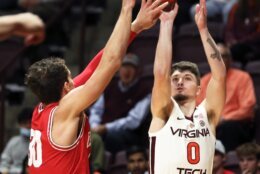 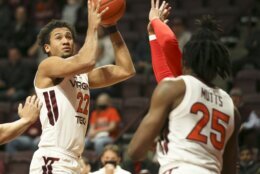 BLACKSBURG, Va. (AP) — Keve Aluma scored 12 of his 16 points in the first half and seven Hokies hit double figures in a 93-60 win over Cornell on Wednesday night.

Aluma was 8-of-9 shooting and the Hokies (7-3) shot 54%, including 12 of 23 from the arc, in ending the Big Red’s four-game winning streak. Darius Maddox added 14 points, Nahiem Alleyne 13, and Hunter Cattoor and Sean Pedulla 11 each. Justyn Mutts and David N’Guessan had 10 points each.

Cornell (8-2) set a school single-game scoring record in a 122-64 win over Division III Keuka College in its previous game and was off to its best start in 54 years. But the Big Red’s bid for their first win over an Atlantic Coast Conference team in 70 years was sidelined midway through the first half.

The Hokies went on a 20-3 run over eight minutes, the Big Red shooting 1 of 13 and missing nine from the arc. Storm Murphy started the run with two buckets and later added a 3-pointer. Virginia Tech went into the break with a 45-31 lead after the Hokies’ highest-scoring first half this season and Cornell’s lowest.

The lead expanded to 23 over the first five minutes of the second half and the Hokies cruised, going up by as many as 36.

Cornell freshman Guy Ragland Jr. had a trio of 3-pointers to extend his streak of perfection from the arc to nine before it ended with a miss late in the first half. He finished with 11 points as did Kobe Dickson.