STREAK STATS: Southeastern Louisiana has scored 66.3 points per game and allowed 79.3 over its three-game road losing streak. Troy has won its last three home games, scoring an average of 84.7 points while giving up 51.7.

PASSING FOR POINTS: The Lions have recently used assists to create baskets more often than the Trojans. Troy has an assist on 35 of 75 field goals (46.7 percent) over its previous three contests while Southeastern Louisiana has assists on 36 of 73 field goals (49.3 percent) during its past three games.

DID YOU KNOW: Southeastern Louisiana is ranked first among Southland teams with an average of 83.5 points per game. 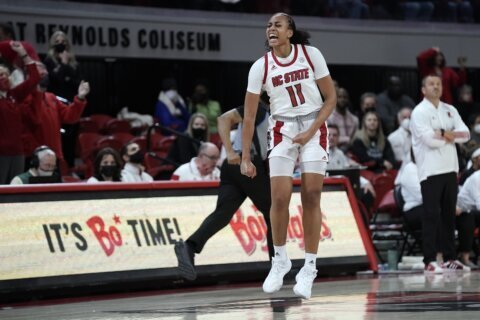 No. 4 NC State rallies in 4th quarter, tops No. 3 Louisville