Lehigh took the place of Loyola (Md), which had to withdraw because of COVID protocols within its program.

Lehigh led for much of the first 11 minutes and went ahead 19-16 on a layup by Ben Knotsman with 9:12 remaining in the first half. About a minute later, Reese hit a 3-pointer to draw Maryland into a 19-all tie and the Terps went on to build a 34-24 lead. Lehigh still would not go away and rallied to trail just 37-34 at the half. 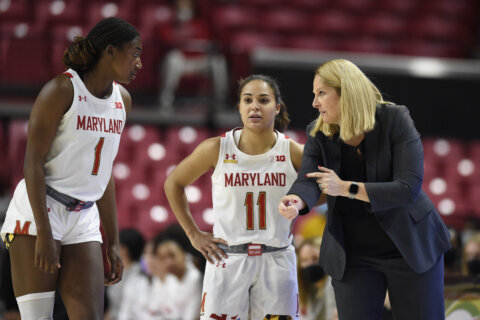