BOTTOM LINE: Two senior guards will be on display as Montre Gipson and Tarleton St. will battle Charles Manning Jr. and South Alabama. Gipson has scored 23 percent of the team’s points this season and is averaging 13.4 over his last five games. Manning is averaging 19 points over the last five games.

SAVVY SENIORS: Tarleton St.’s Gipson, Tahj Small and Shakur Daniel have combined to account for 54 percent of the team’s scoring this season, including 52 percent of all Texans points over the last five games.MIGHTY MONTRE: Gipson has connected on 23.5 percent of the 34 3-pointers he’s attempted. He’s also made 77.8 percent of his foul shots this season.

TWO STREAKS: Tarleton St. has dropped its last six road games, scoring 54.2 points and allowing 66.3 points during those contests. South Alabama has won its last five home games, scoring an average of 86 points while giving up 52.

DID YOU KNOW: South Alabama has committed a turnover on just 17 percent of its possessions this season, which is the second-lowest rate among all Sun Belt teams. The Jaguars have turned the ball over only 12.1 times per game this season. 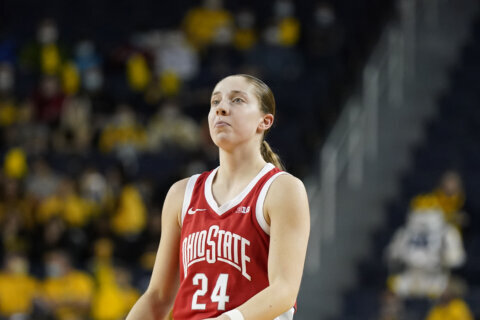