Loyola (9-2) scored all but 18 of its points on 3-pointers and also had 19 assists. Ryan Schwieger scored 14 points and Lucas Williamson added 11. Norris was 6 of 8 from 3-point range.

Scotty Pippen Jr. led Vanderbilt, which has lost three in a row, with 23 points. Myles Stute had nine points and six rebounds for the Commodores (5-4).

Back-to-back 3-pointers by Norris and Schwieger gave Loyola a 53-40 lead near the midway point of the second half. Vanderbilt drew within 56-49 with 5:50 remaining but 3-pointers by Williamson and Norris helped keep the game in hand for the Ramblers.

PEARLS OF HISTORY: Vanderbilt coach Jerry Stackhouse and Loyola coach Drew Valentine participated in a pre-game ceremony that honored the ties between Loyola, Vanderbilt and Nashville’s Pearl High School in the 1960s. Pearl High graduates Lee Hunter and Vic Rouse played on Loyola’s national championship team in 1963. Perry Wallace, another a Pearl High graduate, was honored for being the first black player in the SEC when he played for Vanderbilt in 1966. Pearl High won several segregated Tennessee state championships and was a four-time champion of the National High School Basketball Tournament for Black schools that was played in Nashville from 1945-1964. 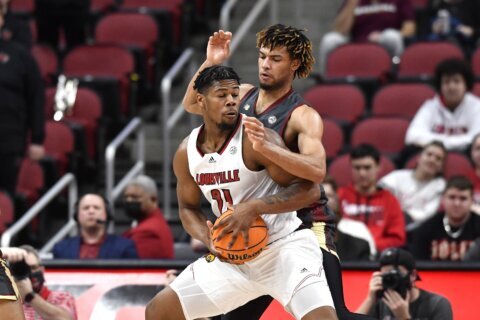