CHAPEL HILL, N.C. (AP) — Deja Kelly scored all 16 of her points in the first half when undefeated and No. 25 North Carolina raced to a 30-point bulge on its way to a 83-47 victory over Alabama State on Tuesday.

Kelly has scored in double figures in every game this season. Eva Hodgson added 14 points on 6-of-8 shooting. Kennedy Todd-Williams scored 11 points and Anya Poole 10, shooting 5 of 7 with a career-high five blocks. North Carolina had nine blocks.

The Tar Heels made 28 of a season-high 43 free-throw attempts. The Lady Hornets were 5 of 7.

Tyesha Rudolph led Alabama State with a career-high 22 points on 8-of-12 shooting with five 3-pointers and seven rebounds.

There were 43 turnovers, 24 by Alabama State with the Tar Heels making 13 steals. 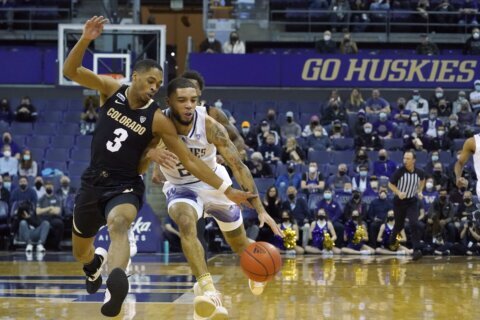