SAVVY SENIORS: Eastern Washington’s Rylan Bergersen, Linton Acliese III and Angelo Allegri have collectively scored 44 percent of the team’s points this season and have accounted for 37 percent of all Eagles scoring over the last five games.SOLID STEELE: Steele Venters has connected on 46.3 percent of the 67 3-pointers he’s attempted. He’s also converted 85.7 percent of his foul shots this season.

DID YOU KNOW: Eastern Washington has attempted the second-most free throws among all Big Sky teams. The Eagles have averaged 22.3 free throws per game. 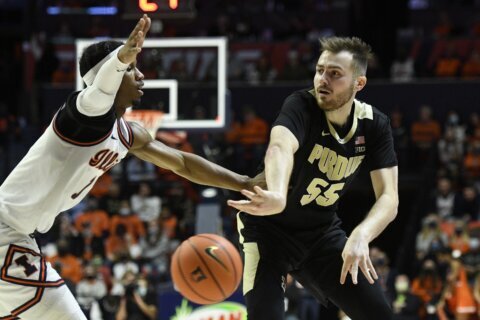