AUSTIN, Texas (AP) — Texas forward Tre Mitchell said that, with Big 12 play starting this weekend, the Longhorns need to summon proper effort at both ends of the court — and not just for stretches.

“We’ve had our nights when our defense wasn’t working and our offense was, or vice versa, or we played for 25 to 30 minutes instead of 40,” said Mitchell, who had 14 points, six rebounds and three steals. “It’s time to turn the corner.”

Junior Dylan Disu had 14 points and 11 rebounds while matching a career-best with five blocks in his longest appearance of the season. Disu, who played 20 minutes, missed the first eight games of the season while recovering from knee surgery that he underwent while at Vanderbilt last season.

Texas limited Incarnate Word to 26.5% shooting from the field, the worst by a Longhorn opponent this season, and induced 18 turnovers. The 33 points allowed is tied for fourth-fewest ever by a Texas team.

At the other end, the Longhorns shot 51%, assisted on 23 of 33 baskets, and scored 17 fast-break points, one fewer than their season best.

Mitchell said the Longhorns returned from Christmas break to find the tone at practice more serious.

“We kind of got rocked in the face when we stepped on the court for the first time,” Mitchell said.

There was a reason for that — conference play.

“One of the most important words in basketball, in coaching, in life, is urgency,” coach Chris Beard said. “Elite people and elite players and elite programs understand that there are no wasted days. We saw guys being aggressive tonight, and we saw guys playing the right way. We were sharing the ball.”

RJ Glasper led Incarnate Word (2-11) with 13 points. Incarnate Word failed to score for nearly the first six minutes of the game and produced the fewest points by a Texas opponent in a half this season.

Texas led 39-14 at halftime after limiting Incarnate Word to one 2-point basket with 38 seconds remaining. The Cardinals made three 3-pointers and three free throws

“It’s been, obviously, a very challenging schedule,” coach Carson Cunningham said. “Our hope is that we reap the reward by getting better.”

Texas: When he was the coach at Texas Tech, Beard adapted quickly to the transfer portal, using it assemble a team that reached the 2019 NCAA tournament championship game, where the Red Raiders lost to Virginia. Beard took seven transfers and one scholarship freshman after becoming coach at Texas this season but the freshman, Jaylon Tyson, entered the portal this week.

Tyson had played in eight games and was 11th on the team in minutes played.

“I respect Jaylon’s decision that he made with his family,” Beard said. “I think the decision was made out of playing time. (That is) what he told me.”

With the Longhorns beginning Big 12 competition against West Virginia on New Year’s Day morning, Texas will lure fans by offering free mimosas with the purchase of a $10 ticket.

“Best idea we could come up with,” Beard said. 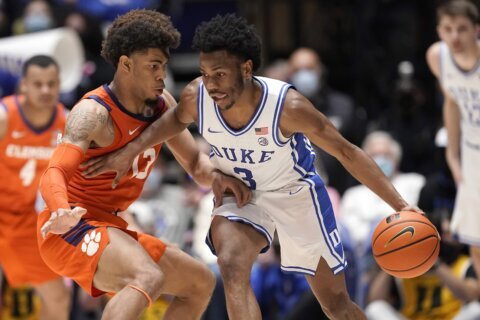 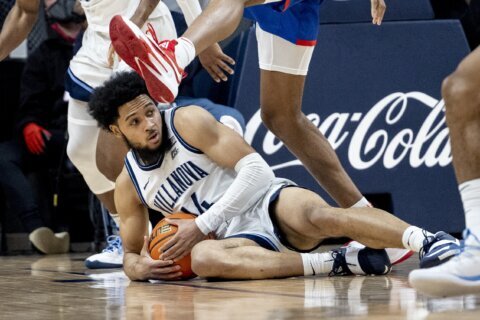 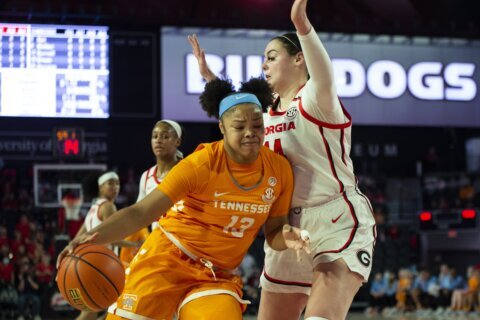