TEAM LEADERSHIP: The do-everything Johni Broome has averaged a double-double (15.2 points, 10.2 rebounds and 3.2 blocks) to lead the charge for the Eagles. Skyelar Potter is also a key contributor, maintaining an average of 10.9 points and 5.1 rebounds per game. The Panthers are led by Rodolfo Rufino Bolis, who is averaging 6.9 points and 4.8 rebounds.ROBUST RODOLFO: Rufino Bolis has connected on 28 percent of the 25 3-pointers he’s attempted and has made 2 of 11 over the last five games. He’s also made 51.7 percent of his free throws this season.

SIGNIFICANCE OF 62: Eastern Illinois is 0-11 when its offense scores 62 points or fewer. Morehead State is a perfect 7-0 when it holds opponents to 62 or fewer points. The Eagles have allowed 61.7 points per game over their last three.

UNDEFEATED WHEN: Morehead State is a perfect 5-0 when the team blocks at least seven opposing shots. The Eagles are 3-5 this season when they block fewer than seven shots.

Alabama comes back twice to get past Missouri, 86-76 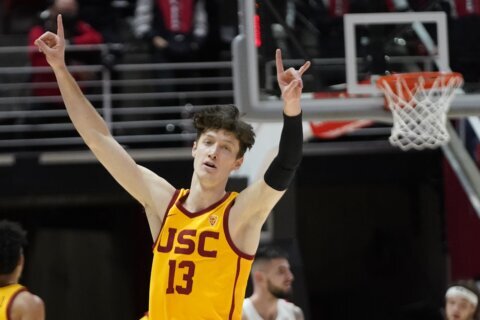