LEADING THE WAY: The Governors are led by Elijah Hutchins-Everett and Caleb Stone-Carrawell. Hutchins-Everett has averaged 12.5 points and 7.5 rebounds while Stone-Carrawell has recorded 12.7 points per game. The Redhawks have been led by Phillip Russell and Eric Reed Jr., who have combined to score 29.3 points per contest.POTENT PHILLIP: P. Russell has connected on 40.6 percent of the 69 3-pointers he’s attempted and has gone 8 for 22 over the last three games. He’s also converted 73.4 percent of his foul shots this season.

THREAT FROM DEEP: Austin Peay’s Tariq Silver has attempted 74 3-pointers and connected on 40.5 percent of them, and is 14 for 34 over his last five games. 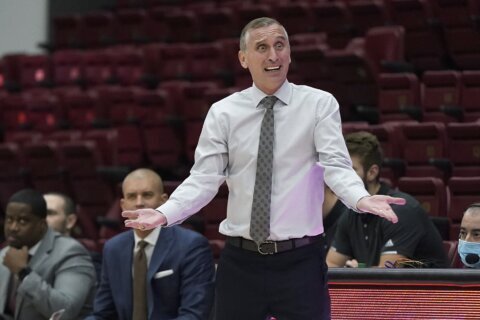