Whaley sits out for No. 22 UConn after fainting at Atlantis

PARADISE ISLAND, Bahamas (AP) — No. 22 UConn is holding out forward Isaiah Whaley from Thursday’s game against Michigan State after he fainted following a first-round game at the Battle 4 Atlantis.

The team said its medical staff had evaluated Whaley overnight and before the game and decided “it would be best” to give him a day to rest as a precaution, though “all signs look normal.”

Whaley was laying on the sideline in front of the bench immediately after a wild 115-109 double-overtime win against No. 19 Auburn on Wednesday. After a few moments, he was back on his feet with a smile and joined the handshake line.

The school later said Whaley had a “combination of end-of-game excitement, fatigue and dehydration,” leading him to feel lightheaded and dizzy. UConn said its team medical and training staff determined there was no cause for concern.

Whaley had played 43 minutes and later tweeted a joking video about his fainting episode. He was on the bench in street clothes for Thursday’s game against the Spartans. 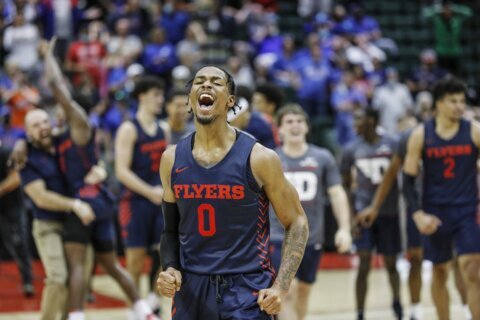 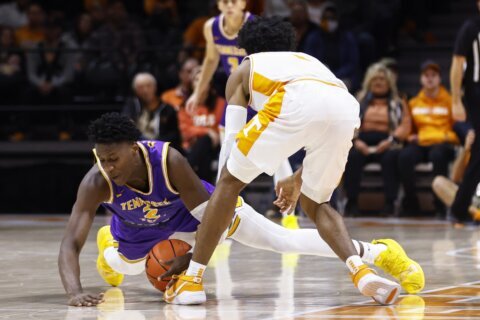 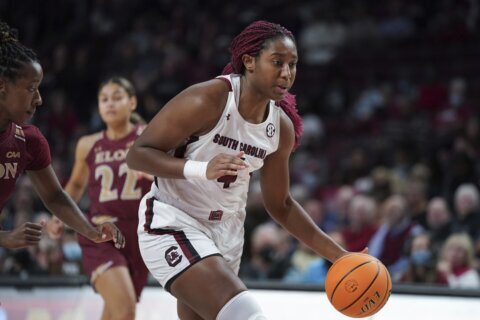