UNCASVILLE, Conn. (AP) — The game between Villanova and Tennessee was billed as a classic matchup between the Wildcats veteran leader, Collin Gillespie, and the Volunteers’ young star-of-the-future, Kennedy Chandler.

This one went to the old man.

Gillespie, Jermain Samuels, and Brandon Slater each scored 14 points as No. 5 Villanova eased to a 71-53 win over No. 17 Tennessee on Saturday in the opening round of the Hall of Fame Tip-Off tournament.

Santiago Vescovi scored 23 points for Tennessee (2-1), which had opened the season with lopsided wins over Tennessee-Martin and East Tennessee. He was the only Volunteer to get to double figures. Chandler was held to six points on 1-of-9 shooting.

“When you’re that guy (Gillespie) they are coming at every night and you’re trying to just lead your team and not get into a one-on-one, that’s a hard thing to do,” Villanova coach Jay Wright said.

Villanova scored the game’s first nine points, holding Tennessee without a basket for over six minutes. The Volunteers missed their first six shots before Vescovi made a 3-pointer from the right wing.

A dunk from Samuels, who had 11 rebounds, on a lob pass from Justin Moore capped a 14-0 first-half run that pushed the Villanova lead to 33-11. A break-away dunk by Moore just before the halftime buzzer sent the Wildcats into intermission with a 35-15 lead.

Vescovi tried to get the Vols back into the game by himself n the second half, scoring all eight points during a Tennessee run that cut a 22-point deficit to 17. But he picked up his fourth foul a few seconds later and the Wildcats’ lead was never challenged.

Tennessee: Chandler scored all six of his points in the second half after averaging 18 points, five assists and three rebounds in the Vols wins over Tennessee-Martin and East Tennessee.

“He’s going to learn a lot, I told him that when I took him out,” Tennessee coach Rick Barnes said. “I said, ‘I hope you learned a lot today. A lot of the things that you’ve done in the past are not going to happen anymore.’ ”

This was the Vols’ first away game of the season and their first regular-season, neutral-site game since 2019.

Villanova: The Wildcats are now 29-4 n November tournaments over the past decade. They will go for their eighth title over that span on Sunday. … By the end of the weekend, the Wildcats will have played three Top 25 games this season. They fell in overtime to No. 2 UCLA last Friday in Los Angeles, 86-77.

“I hope it helps us in our league play when we get there,” Wright said. ”Number one, our league is really good. Number two, a lot of times we start conference play and we’re not really sure what we are yet. We have an idea, I think, this year, playing these teams, these coaches.”

Villanova’s defense, which gave up 81 points to Howard, held Tennessee to 19 baskets on 57 attempts (33%). The Wildcats shot just 39% but had 13 points off 18 Tennessee turnovers.

Gillespie said he was proud of how hard and physical his team played, winning the rebounding battle (41-39), getting eight steals and scoring 26 points in the paint against the taller Vols.

Villanova plays the winner of the second game Saturday between No. 6 Purdue and No. 18 North Carolina. Tennessee will play in the consolation game later Sunday afternoon. 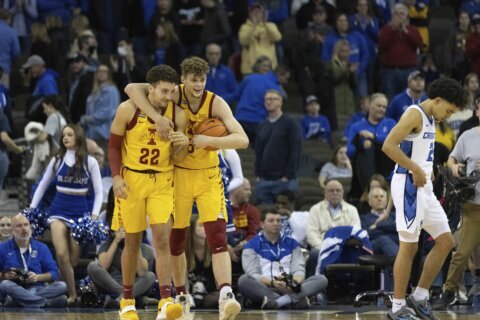 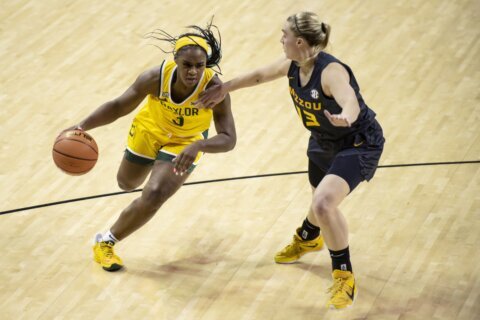