No. 19 UNC rolls past Loyola in Davis’ coaching debut 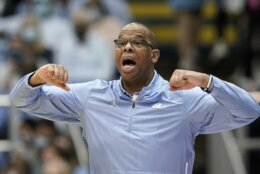 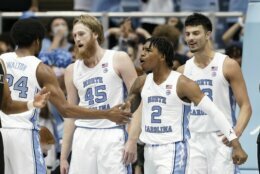 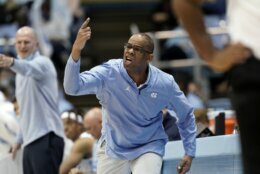 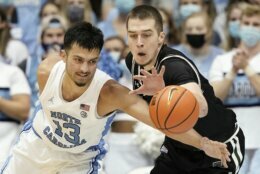 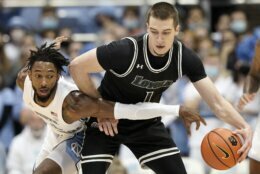 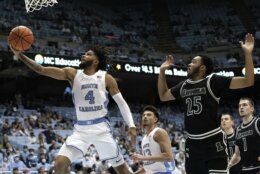 Brady Manek, a graduate transfer from Oklahoma, poured in 20 points as one of college basketball’s storied programs launched a new era.

Davis, a former North Carolina player, replaced the retired Roy Williams in April after spending seven seasons on Williams’ staff. Williams watched from a front-row seat near the tunnel where the Tar Heels run onto the court.

The lead grew to 72-51 when Davis and Garcia connected on consecutive 3-pointers.

North Carolina is 100-12 in season openers, winning its first game of a season for the 17th consecutive year.

Loyola: The Greyhounds have lost their opener in all four seasons under coach Tavaras Hardy. Last year, the team played a Patriot League-only schedule, so this was the first step out of conference since a Dec. 29, 2019 loss at Virginia Commonwealth.

North Carolina: Davis has said he wanted the Tar Heels to build off good defensive performances and there was a mixture of results on that front. Loyola was held to 43.2% shooting from the field. North Carolina forced only 12 turnovers, six in each half.