ESTERO, Fla. (AP) — Aubrey Joens scored 21 points, all on 3-pointers, older sister Ashley Joens had 13 points and No. 13 Iowa State made 18 3-pointers in a 93-59 rout of Penn State on Saturday at the Gulf Coast Showcase.

For Aubrey Joens, it was a career night. She tied her career high in scoring, had her first double-double and had career highs in rebounds with 11 and 3-pointers with seven.

The third quarter was similar to the first in that Penn State was stuck on 32 points for a near five-minute stretch and entered the fourth quarter trailing 65-39.

Iowa State will play UMass in the championship game on Sunday. 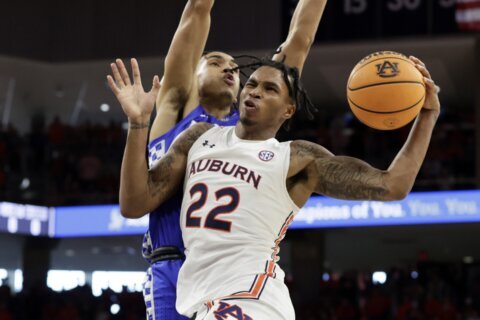