Watson, a 6-foot-4 sophomore, made all eight of her shots from the field to eclipse her previous best of 12 points. She also had four rebounds and three assists in her first career start.

“I knew I had to come out and play hard, do the little things,” Watson said. “I had to rebound and run the floor — two things I can control — and if the points came, they came and opportunities presented themselves. The biggest thing for me was to not let my coaches or teammates down. That energy I usually bring off the bench, now I was able to help my teammates in different ways.”

Ahlise Hurst had 17 points and five assists for Oregon (2-0), while Phillipina Kyei had 13 points and 10 rebounds. Sydney Parrish scored 12 points for the Ducks, Chanaya Pinto added 10 points and nine rebounds and Sedona Prince had 10 points and seven rebounds.

“We have a lot of players playing well, especially early in the season,” Watson said. “It shows how much depth we have and how well we play together in only the second game of the season.”

Oregon will be tested next week at the Battle 4 Atlantis tournament in the Bahamas, beginning with an opener against Oklahoma on Saturday. No. 1 South Carolina and second-ranked Connecticut are also in the field.

“I think we have played pretty well,” Oregon coach Kelly Graves said. “Our games have been blowouts, but we have played well and set a good standard. We have taken care of the ball for the most part and our execution and defense has been good. Now we have to get ready for another jump of competition.”

The Ducks shot 45.9% from the field and outrebounded Dixie State 48-30. Oregon had three turnovers while forcing 21 miscues for the Trailblazers.

Watson made all five of her shots to score 10 points in the first half as Oregon took a 40-19 lead at the break while shooting 42.1% from the field.

DIXIE STATE: The Trailblazers wrapped up a two-game trip to Oregon with losses to Portland State and the Ducks. They play seven of their next eight games back in Utah.

OREGON: Oregon welcomed back sophomore point guard Te-Hina Paopao, who missed the opener due to injury. Last year’s All-Pac-12 pick started the game, but played only three minutes. Oregon was without starting forward Nyara Sabally, who was injured in the season-opening win over Idaho State, and still doesn’t have USC transfer Endyia Rogers due to a hand injury. … The Ducks have won 45 straight nonconference home games.

Oregon: Plays Oklahoma on Saturday in the opening round of the Battle 4 Atlantis tournament. 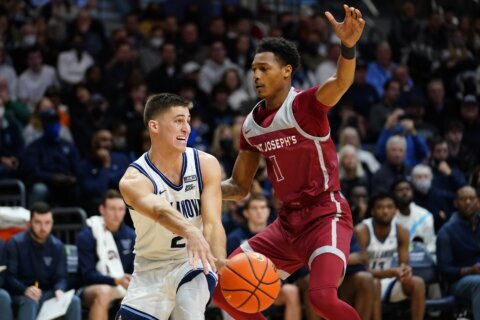 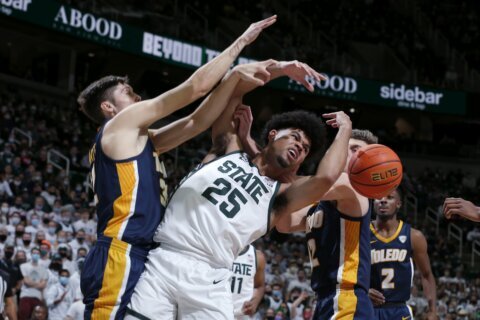