BIG MEN ON CAMPUS: Marque Maultsby is averaging 10 points and 5.7 rebounds to lead the way for the Eagles. Alex Caldwell is also a primary contributor, maintaining an average of 8.7 points per game. The Hornets have been led by Trace Young, who is averaging 10.8 points.MIGHTY MARQUE: Maultsby has connected on 30 percent of the 10 3-pointers he’s attempted and has gone 3 for 10 over the last three games. He’s also made 75 percent of his foul shots this season.

DID YOU KNOW: Alabama State is ranked second among SWAC teams with an average of 69.6 points per game. 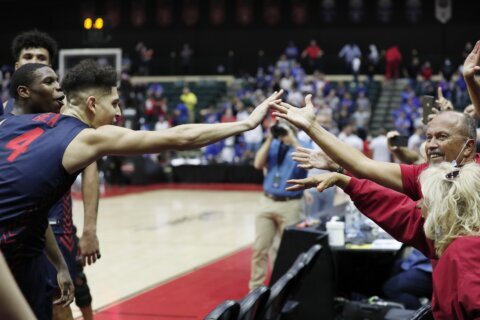