CHICAGO (AP) — Loyola Chicago has accepted an invitation to join the Atlantic 10 Conference and is leaving the Missouri Valley Conference.

The move announced Tuesday by the school and leagues takes effect on July 1. Adding Loyola as the conference’s 15th member gives the Atlantic 10 a foothold in Chicago and a boost in men’s basketball.

The Ramblers advanced to the Final Four in 2018 and reached the Sweet 16 last season. They are 2-0 under Drew Valentine, who was promoted to head coach after Porter Moser left for Oklahoma.

Loyola also won NCAA championships in men’s volleyball in 2014 and 2015.

“The A-10 is widely regarded as one of the top leagues in the country for its success in competition and in the classroom,” school president Dr. Jo Ann Rooney said. “This move will continue to grow our visibility at a national level, while at the same time placing us in a league with three other Jesuit institutions. We are confident this is a move that positions Loyola for even greater success, both athletically and academically, in the future.”

Loyola moved from the Horizon League to the Missouri Valley in 2013, after Creighton left for the Big East.

“Loyola’s commitment to the high-level scholastic achievement of all of its students, coupled with its excellent athletic profile, from success in basketball, soccer and volleyball to outstanding facilities and resources is a perfect fit for the A-10,” Atlantic 10 commissioner Bernadette V. McGlade said. “The addition expands the A-10 footprint into the Chicago market, giving the conference a presence in three of the top four media markets in the United States.” 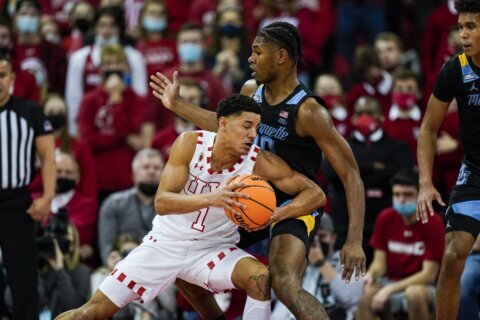