All five starters reached double figures for N.C. State (5-1), which is undefeated at home. Casey Morsell and Cam Hayes scored 14 points each — Hayes with five assists — while Dereon Seabron and Ebenezer Dowuona scored 10 each.

The Wolfpack forced 14 turnovers while committing just six themselves and had 10 steals while scoring 20 points off Louisiana Tech miscues.

Kenneth Lofton Jr. poured in a career-high 30 points with a career-best 18 rebounds for Louisiana Tech (4-2), which saw its four-game win streak end. The Bulldogs were coming off a game in which they made 13 3-pointers but were held to 6-for-18 shooting from distance against the Wolfpack.

Keaston Willis, who tied a career-high with seven 3s earlier this season, was held to 1-of-7 shooting from beyond the arc and finished with seven points.

Hellems drained back-to-back 3s, the second off a Seabron steal, as N.C. State jumped out 8-2 and led the rest of the way. 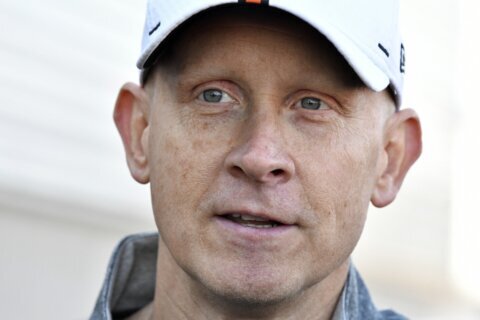