AMHERST, Mass. (AP) — Noah Fernandes hit a 3-pointer at the buzzer, giving UMass a stunning 85-83 victory over Rutgers on Saturday.

After Paul Mulcahy scored in the paint to give Rutgers an 83-82 lead with 5 seconds remaining, UMass inbounded to Fernandes in the backcourt. He brought the ball up the left side, calmly pulled up from about 25-feet and buried the winning jumper as UMass players stormed the court to celebrate.

UMass trailed by 15 near the 9-minute mark of the second half and by eight with 4:45 to go. A personal five-point run by Trent Buttrick helped close the gap further and, with 17 seconds left, Fernandes made two free throws for UMass’s first lead of the game, 82-81. 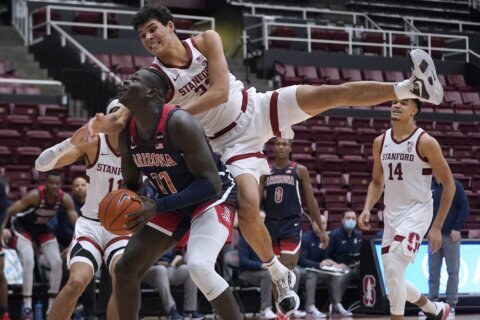