STEPPING UP: West Virginia’s Taz Sherman has averaged 19 points while Sean McNeil has put up 13 points. For the Colonels, Michael Moreno has averaged 13.3 points, 8.2 rebounds and 2.5 steals while Jannson Williams has put up 11.6 points, 6.8 rebounds and 2.6 blocks.MIGHTY MICHAEL: Moreno has connected on 39.4 percent of the 33 3-pointers he’s attempted and has made 10 of 28 over his last five games. He’s also made 70 percent of his foul shots this season.

ACCOUNTING FOR ASSISTS: The Colonels have recently gotten baskets via assists more often than the Mountaineers. West Virginia has 36 assists on 83 field goals (43.4 percent) across its previous three games while Eastern Kentucky has assists on 46 of 84 field goals (54.8 percent) during its past three games.

STINGY DEFENSE: West Virginia has forced opponents into committing turnovers on 31 percent of all possessions this year, the highest rate among all Division I teams. 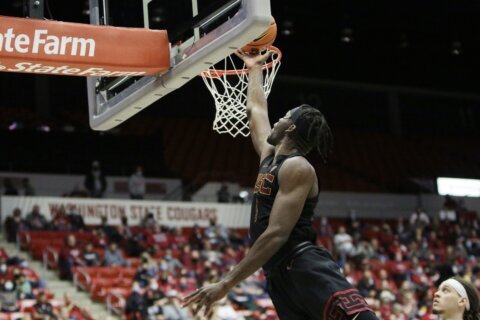 Script flip: SMU pulls down curtain on Vandy in 84-72 win