DESTIN, Fla. (AP) — Tari Eason went 7 of 8 from the free-throw line after regulation and finished with 20 points, Xavier Pinson scored all of his 15 points after halftime and LSU beat Penn State 68-63 in overtime on Friday night to advance to the championship game of the Emerald Coast Classic.

LSU (6-0) plays the winner between Oregon State and Wake Forest in the title game Saturday. Penn State (3-2) plays the loser in a consolation game.

Eason made four free throw and Pinson made a jumper in the lane as LSU scored the first six points of overtime and led the rest of the way. Seth Lundy answered with a 3-pointer and Sam Sessoms made a layup to pull the Nittany Lions within a point at 64-63 with 2 minutes to play but they went 0 for 3 from the field with two turnovers from there.

Jalen Pickett had 14 points and eight rebounds and Sessoms scored 13 points with 10 rebounds for Penn State.

Sessoms made a layup and, after a steal by Myles Dread, hit a 3-pointer to pull Penn State even at 54-all with 2 minutes left in regulation. Eason made 1 of 2 free throws to put the Tigers back in front, Sessoms scored on a driving layup and Pinson took a jab step to create space and rose up to hit a 3-pointer to give LSU a 58-56 lead with 35 seconds to go.

The teams traded turnovers before Dread — either unaware of how much time he had or trying to draw a foul — threw up an air ball as he fell to the ground with about 4 seconds left in the second half. Jalen Pickett’s tip-in attempt hung on the side of the rim before falling off into the hands of Lundy for the putback just before the buzzer to force overtime. 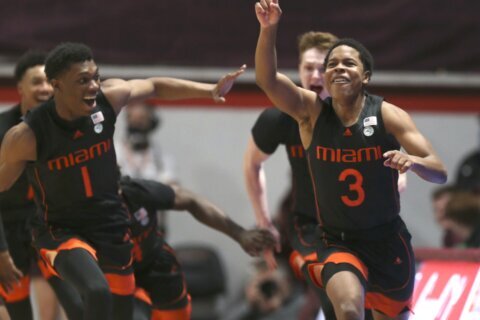 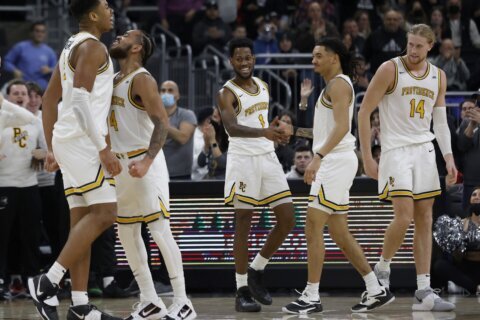 Bynum’s 3-pointer lifts No. 17 Providence over No. 21 Xavier