BOTTOM LINE: Cincinnati is preparing to square off against Arkansas in the Hall of Fame Classic. Arkansas earned a 72-64 win over Kansas State in its most recent game, while Cincinnati won easily 71-51 against Illinois in its last outing.

SUPER SENIORS: Arkansas has relied heavily on its seniors this year. JD Notae, Au’Diese Toney, Chris Lykes and Stanley Umude have collectively accounted for 67 percent of all Razorbacks points this season.DOMINANT DAVENPORT: Jeremiah Davenport has connected on 40.6 percent of the 32 3-pointers he’s attempted and has gone 10 for 21 over his last three games. He’s also made 85.7 percent of his foul shots this season.

PASSING FOR POINTS: The Razorbacks have recently used assists to create buckets more often than the Bearcats. Arkansas has 53 assists on 88 field goals (60.2 percent) across its previous three outings while Cincinnati has assists on 49 of 82 field goals (59.8 percent) during its past three games.

DID YOU KNOW: Arkansas has committed a turnover on just 14.3 percent of its possessions this season, which is the top rate among all SEC teams. The Razorbacks have turned the ball over only 10.3 times per game this season. 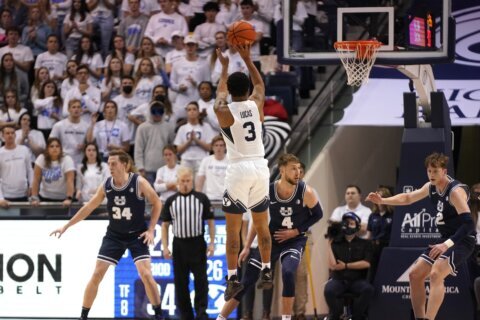