BOTTOM LINE: Two forwards will be on display as Josh Bannan and Montana will go up against Eric Williams Jr. and Oregon. The sophomore Bannan has scored 21 percent of the team’s points this season and is averaging 14 over his last five games. Williams, a senior, is averaging 14.2 points over the last five games.

SAVVY SENIORS: Oregon’s Williams, Jacob Young and Will Richardson have combined to account for 51 percent of the team’s scoring this season, including 51 percent of all Ducks points over the last five games.JUMPING FOR JOSH: Bannan has connected on 52.9 percent of the 17 3-pointers he’s attempted and has gone 6 for 7 over his last three games. He’s also converted 77.8 percent of his foul shots this season.

DID YOU KNOW: Montana has committed a turnover on just 13.6 percent of its possessions this season, which is the best percentage among all Big Sky teams. The Grizzlies have turned the ball over only nine times per game this season. 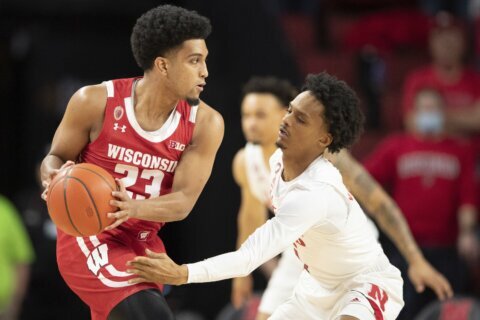