GREENSBORO, N.C. (AP) — Ninth-ranked Duke is the preseason favorite to win the Atlantic Coast Conference in its final season under Hall of Fame coach Mike Krzyzewski, while touted Blue Devils freshman Paolo Banchero is the pick to be the league’s player and freshman of the year.

Duke received 47 first-place votes to finish ahead of No. 20 Florida State, while No. 19 North Carolina was picked to finish third in its first season under Hubert Davis after the retirement of Hall of Famer Roy Williams. 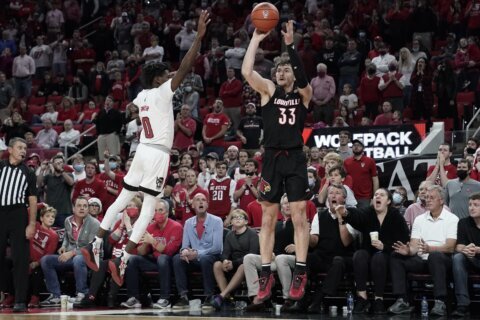