NCAA to look into holding both Final Fours in same city

The NCAA is exploring holding a joint Final Four with the men and women’s basketball tournaments holding their semifinals and title games in the same city on the same weekend, though it would not happen until at least 2027 with sites already locked in through 2026.

Combining the tournaments was one of the recommendations stemming from an external review of gender equity issues of the tournaments. The report released in August was sparked by outrage at the disparities between amenities at the two tourneys, including weight rooms and other features.

The NCAA earlier this week said the women’s tournament can start using “March Madness” in marketing and branding beginning this season, addressing another sharp criticism raised this year.

A combined Final Four is likely to be more controversial and the idea does not have universal support. But the NCAA said Thursday it will look into the details.

“We are committed to continuing discussion about the concept of conducting both the Women’s and Men’s Final Fours in the same city in the next bid cycle for each of these premier NCAA Championships,” said Nina King, chair of the Division I Women’s Basketball Committee. “Finding ways to address the gender equity issues that have come to exist through the years between the Division I Women’s and Men’s Basketball Championships is a priority, and we are dedicated to making impactful changes.”

Tom Burnett, chair of the Division I Men’s Basketball Committee, said the committee meetings have been productive.

“If both committees agree that the recommendation of having both Final Fours in the same city is the best option, we are committed to seeing that it will be executed with comprehensive planning,” he said.

Coaches are split on the idea. The Women’s Basketball Coaches Association did a survey of its coaches last month on the recommendations in the report and only 55% were in favor of a combined Final Four. The Associated Press obtained a copy of the survey results, which included participation from 345 of 356 WBCA members.

Stanford coach Tara VanDerveer said she supported exploring the idea if it is done correctly.

“If they have the hotels correctly with both number one seeds staying in the same place and the facilities right, I think it’s doable,” she said. “I don’t think you could say you’re going to do it and not work at it. You have to iron out the details.”

VanDerveer also said she has no issue if the women’s Final Four is played in a basketball arena in the city while the men’s game is played in a much larger dome.

“I think we should recognize that the sports are in two different places,” she said. “Do what’s best for growing women’s basketball. Women’s basketball is not where men’s basketball is because we started later and haven’t been promoted as heavily. We have catching up to do. You’re in an 18-20,000 seat arena we can fill it up. I don’t know we’re selling out the dome yet.”

Most of the other ideas suggested by the report had over 90% approval from the coaches in the WBCA survey.

Last season, because of the coronavirus pandemic, the entire women’s tournament was played at a neutral site in the San Antonio arena. The men’s tourney was played entirely in Indiana. The NCAA faced a backlash as players called out disparities on social media and later apologized before launching a review.

In normal years, the men’s tournament is played entirely at neutral sites across the country while the top 16 women’s seeds host the opening two rounds before shifting to neutral venues. This year’s women’s Final Four is in Minneapolis and the Final Fours from 2027-31 for both tournaments will be announced next fall.

The NCAA also announced Wednesday that the national office will start from scratch in determining budgeting expenses for the two tournament staffs instead of adjusting the budgets from the previous fiscal year. This move will help show where differences occur and potentially increase chances for equitable spending and cross-promotion.

WBCA Executive Director Danielle Donehew said it was encouraging “to see real movement by the NCAA in addressing the gender equity concerns.”

“We look forward to many more such announcements in the weeks and months ahead,” she said. 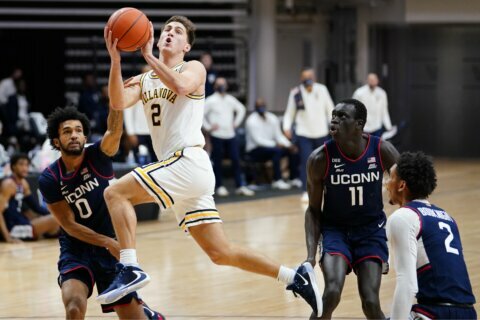 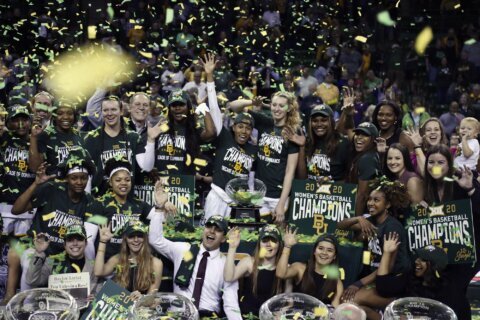 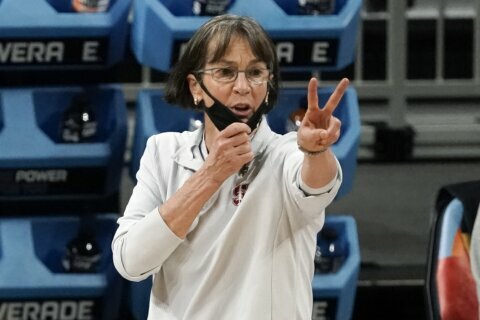 No. 3 Stanford leads the way as Pac-12 looks to shine again