Greg Jones, Belmont president, announced the decision Tuesday. He called it time for Belmont to take another step and help the university raise its game in all sports.

“We know it will be a challenge for us on the athletic field and courts as we move forward, and we couldn’t be more proud or excited to be taking this next step,” Jones said.

Belmont decided in 1996 to go from NAIA to Division I, first as an independent before joining the Atlantic Sun in 2001. Belmont then went to the OVC in 2012.

College sports has been hit by a fresh wave of realignment about a decade after the last set of changes. The moves have been highlighted by Texas and Oklahoma leaving the Big 12 for the Southeastern Conference by 2025; the Big 12 has responded by picking up BYU and three schools from the American Athletic: Cincinnati, Houston and Central Florida.

Also on Tuesday, the Texas-based Southland Conference, which had five football teams depart its FCS league earlier this year, announced the addition of Texas A&M-Commerce. The 2017 NCAA Division II national champion Lions will officially join next July 1 to begin a four-year transition to Division I.

Abilene Christian, Lamar, Sam Houston and Stephen F. Austin left the Southland over the summer to join the WAC, and Central Arkansas is now in the ASUN. That left the Southland with eight schools in Texas and Louisiana, and only six that field football teams.

“Joining the Southland Conference is an historic opportunity for our institution and athletics program,” said A&M-Commerce athletic director Tim McMurray, whose school sponsors 14 varsity sports and was a charter member of the Lone State Conference founded in 1931.

“To think in 25 years what Belmont has done by going from an NAIA school to now today joining one of the oldest and most prestigious, competitive conferences in all of Division I, it’s really humbling,” athletic director Scott Corley said. “That doesn’t happen very often. … It’s truly phenomenal.”

Belmont is banking on more national exposure joining the Missouri Valley, a league that has multiple NCAA Tournament berths 16 times since 1994 and 20 NCAA Tournament wins in the past eight championships.

Belmont’s men’s basketball team was run by Rick Byrd through the NAIA transition to becoming a top mid-major program. He retired in April 2019 with 805 career victories after leading the Bruins to eight NCAA tournaments in the last 14 years, including the program’s first at-large berth in 2019.

The Bruins have won 20 conference titles in men’s basketball alone since 2006 with a 130-24 record in league games the past nine seasons.

Only Gonzaga and Kansas have won more in that span nationally. Belmont also is one of only four programs to win at least 19 games in 16 straight seasons, including Gonzaga, Kansas and San Diego State.

Belmont’s women’s basketball team made its fifth NCAA Tournament appearance since 2016 and upset No. 5 seed Gonzaga in March for its first NCAA win.

Austin Peay announced Sept. 17 it was leaving on July 1 for the ASUN. Both Eastern Kentucky and Jacksonville State left the OVC for the ASUN earlier this year, and the OVC sued both schools in August contending each school didn’t pay a $1 million exit fee. 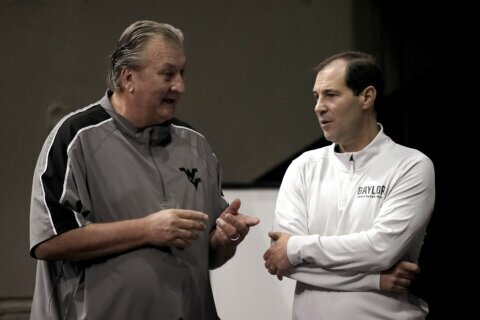 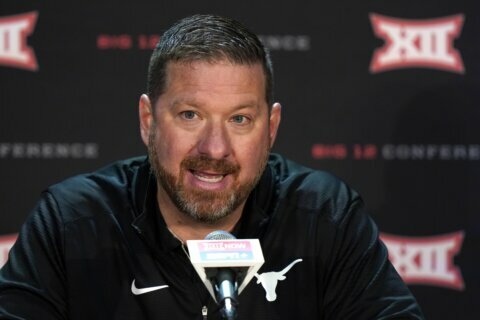 Expansion talk looms over Big 12 hoops as season draws near 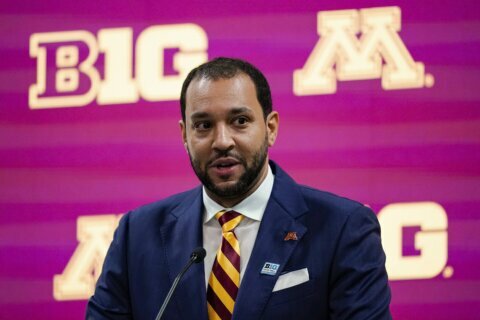 As Ben Johnson takes over, Gophers put the ‘new’ in new look