Kentucky to host Southern in series against SWAC schools

LEXINGTON, Ky. (AP) — Kentucky will host Southern this season in men’s basketball to tip off a five-year Unity Series during which the Wildcats will play teams from the Southwestern Athletic Conference, a league comprised of historically Black colleges and universities.

There will be a week of various activities leading up to the Wildcats’ Dec. 7 meeting against the Louisiana school at Rupp Arena.

Rock Oliver, Kentucky’s associate athletic director for diversity, equity and inclusion director, said in a release that the series featuring HBCUs “will provide those universities with a spotlight on the biggest stage in college basketball.”

SWAC Commissioner Dr. Charles McClelland added that his conference was excited to partner with Kentucky to raise awareness for its 12 members and HBCUs as a whole.

Southern is coached by Kentucky athletics hall of famer Sean Woods, a key member of the so-called “Unforgettables” squad who scored a late go-ahead basket against Duke in the 1992 NCAA Tournament regional final. Christian Laettner answered with the buzzer-beating jumper in overtime for the 104-103 win that’s considered the greatest game in men’s college basketball. 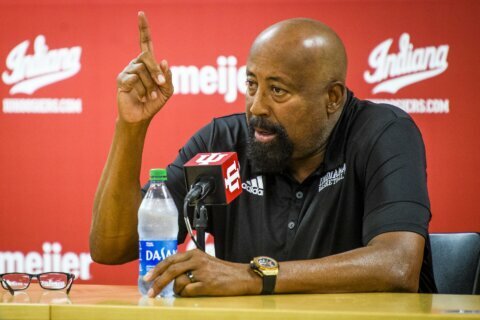