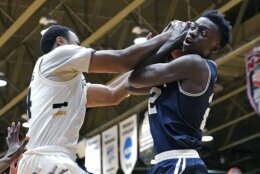 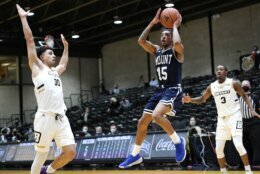 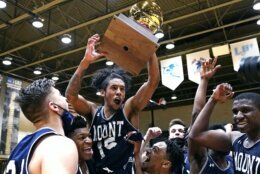 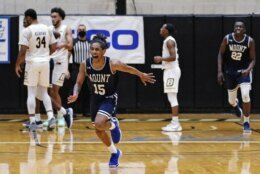 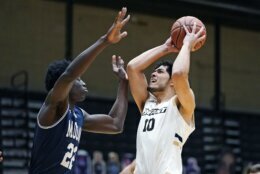 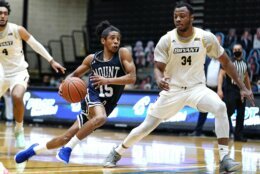 It’s Mount St. Mary’s (12-10) sixth trip to the NCAA Tournament. Bryant (15-6), which entered Tuesday’s game undefeated at home this season, has yet to make an appearance in the big dance.

The Mount was NEC’s No. 4 seed and Bryant was second seeded.

Chong Qui scored nine straight points, but despite that, Bryant cut into the Mountaineers lead and drew to within 54-53 on Charles Pride’s layup with 7:20 left. Mount St. Mary’s proceeded to go on an 11-2 run for a 10-point advantage with 3:27 left. Pride later buried consecutive 3-pointers, and his layup with 18 seconds left reduced Bryant’s deficit to 70-68. But Nana Opoku, a 45% foul shooter on the season, calmly sank a pair and sealed the Bulldog’s fate.

Pride scored a career-high 33 points and finished a point away from scoring half of Bryant’s 68 points. He made 8-of-12 3s but the rest of the team went 0 for 13 from beyond the arc. Peter Kiss scored 12 for Bryant.