BOTTOM LINE: Hawaii looks for its sixth straight win in the head-to-head series over UC Davis. Hawaii has won by an average of 7 points in its last five wins over the Aggies. UC Davis’ last win in the series came on March 1, 2018, a 70-59 win.

BIG MEN ON CAMPUS: The Rainbow Warriors are led by Casdon Jardine and Justin Webster. Jardine has averaged 11.5 points and 5.5 rebounds while Webster has accounted for 12.6 points per contest. The Aggies have been led by sophomores Ezra Manjon and Elijah Pepper. Manjon has averaged 15.9 points while Pepper has put up 15 points, 4.9 rebounds and 2.3 steals per contest.JUMPING FOR JARDINE: Jardine has connected on 44.3 percent of the 70 3-pointers he’s attempted and has made 8 of 23 over the last five games. He’s also made 62.5 percent of his free throws this season.

GETTING DEFENSIVE: The disruptive UC Davis defense has forced opponents to turn the ball over on 24.7 percent of all possessions, the ninth-best rate among Division I teams. Hawaii has a forced-turnover percentage of only 17.7 percent through 19 games (ranking the Rainbow Warriors 269th). 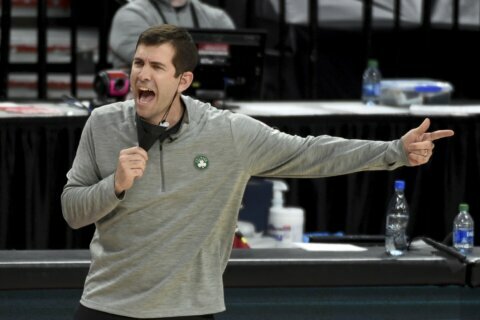