BOTTOM LINE: Big East foes meet as Xavier matches up against DePaul. Xavier beat Butler by 13 on the road in its last outing. DePaul lost 69-62 loss at home to Creighton in its most recent game.

PLENTY OF EXPERIENCE: Senior leadership could play a big role in the outcome of this game. Javon Freeman-Liberty, Charlie Moore and Pauly Paulicap have collectively accounted for 47 percent of DePaul’s scoring this season. For Xavier, Zach Freemantle, Paul Scruggs, Nate Johnson and Jason Carter have combined to account for 62 percent of all Xavier scoring.FREEMANTLE IS A FORCE: Freemantle has connected on 33.3 percent of the 42 3-pointers he’s attempted and has made 2 of 14 over the last five games. He’s also converted 56.8 percent of his foul shots this season.

COLD SPELL: DePaul has lost its last three home games, scoring an average of 61 points while giving up 72.3.

ASSIST DISTRIBUTION: The Musketeers have recently created baskets via assists more often than the Blue Demons. DePaul has 29 assists on 74 field goals (39.2 percent) across its previous three outings while Xavier has assists on 43 of 79 field goals (54.4 percent) during its past three games.

DID YOU KNOW: DePaul is ranked second among Big East teams with an offensive rebound percentage of 32.1 percent. The Blue Demons have averaged 12.3 offensive boards per game and 13.7 per game over their last three games. 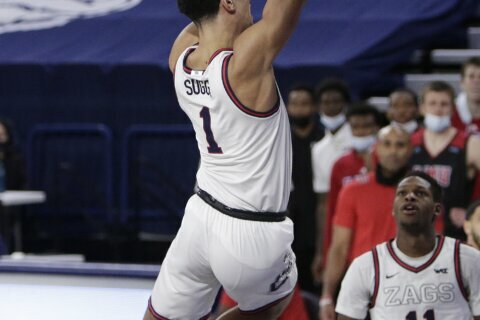