COLUMBIA, S.C. (AP) — D.J. Stewart Jr. scored 29 points on 4-for-6 shooting from 3-point range and Mississippi State pulled away from South Carolina in the second half for a 75-59 win on Saturday.

AJ Lawson’s dunk with 13:44 remaining to brought the Gamecocks within 50-49. Mississippi State (11-9, 5-6 Southeastern Conference) responded with a 13-0 outburst over the next five minutes and South Carolina never recovered. The run started and ended with jump shots from Stewart.

Keyshawn Bryant and Lawson each scored 13 for the Gamecocks and Seventh Woods scored 10.

With the win, the Bulldogs avoided a fifth-straight SEC loss, which previously has happened twice in head coach Ben Howland’s six seasons at the Mississippi State helm.

Howland now is 4-3 against Gamecocks coach Frank Martin. Saturday’s game was the first in the last seven between the two teams where the victor won by more than six points.

The Gamecocks will play their second of a three-game home stand on Tuesday taking on No. 10-ranked Alabama. The Bulldogs head home to face LSU on Wednesday. 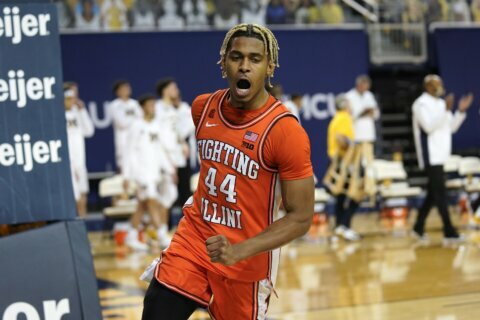