BOTTOM LINE: Northern Kentucky seeks revenge on Green Bay after dropping the first matchup in Green Bay. The teams last played on Feb. 12, when the Phoenix shot 44.4 percent from the field and went 21 for 26 from the free throw line on their way to an 86-82 victory.

LEADING THE CHARGE: Green Bay’s Amari Davis has averaged 17.4 points while Josh Jefferson has put up 14.1 points. For the Norse, Trevon Faulkner has averaged 16.7 points and 5.5 rebounds while Marques Warrick has put up 15.2 points.TERRIFIC TREVON: Faulkner has connected on 24.4 percent of the 86 3-pointers he’s attempted and has made 4 of 10 over the last three games. He’s also converted 78.4 percent of his free throws this season.

ASSIST RATIOS: The Phoenix have recently gotten baskets via assists more often than the Norse. Green Bay has an assist on 47 of 78 field goals (60.3 percent) across its previous three outings while Northern Kentucky has assists on 49 of 87 field goals (56.3 percent) during its past three games.

DID YOU KNOW: Northern Kentucky is ranked second among Horizon teams with an offensive rebound percentage of 35.1 percent. The Norse have averaged 12.2 offensive boards per game. 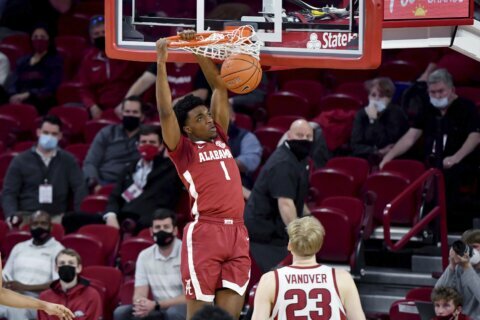