LOUISVILLE, Ky. (AP) — Elissa Cunane scored 16 points in her first game in nearly a month because of COVID-19 protocols, and No. 4 North Carolina State beat the nation’s top-ranked team on its home floor for the second time this season, topping No. 1 Louisville 74-60 on Monday night.

Dana Evans scored 29 points for the Cardinals, but no other Louisville player scored in double figures.

Cunane, the All-American junior center, made 7 of 9 shots and grabbed six rebounds. She had missed the Wolfpack’s previous two games, including a loss to Virginia Tech on Thursday, after N.C. State returned from a three-week pause because of COVID-19.

Lindsey Pulliam had 15 points and 10 rebounds for the Wildcats (10-3, 8-3 Big Ten), who got their first win over a ranked team this season.

Dorka Juhasz scored 11 points and grabbed 14 rebounds for the Buckeyes (10-2, 6-2), who had won three straight, all over ranked teams. 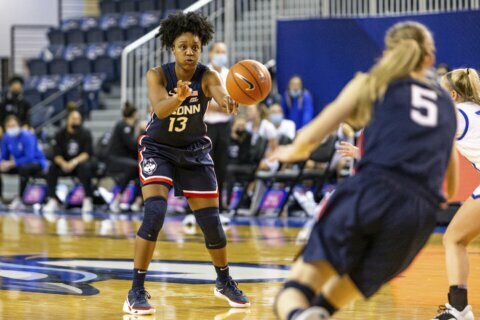 No. 1 UConn wins Big East title with rout of Creighton 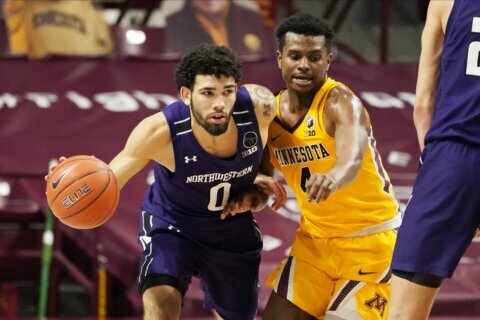 Buie, Northwestern rally past Minnesota in 2nd half, 67-59